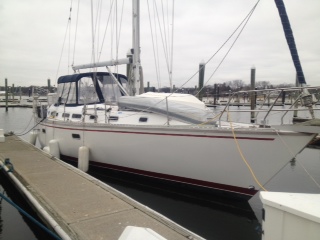 Well... it's finally final!  We closed today, money has been wired, documents have been signed by the sellers and are in transit to us for filing with the USCG, but that's it!  We own it!

We were going to draw the naming out a bit but as we are both so excited we can't stand it anymore, we decided to just spill it! 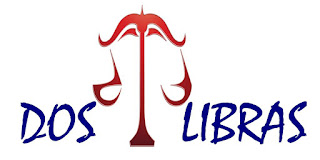 The new name and logo are revealed!

Before any of you say anything unkind... let me explain.  The name must be simple to say, yada yada yada.... bla bla bla...

So, that said...  Bruce and I were both born on October 17th, which makes us both Libras.  We wanted a name that suited us and we searched high and low and culled all kinds of stupid names, mystical names, historical names, then we though about "US".  This is what we came up with.  We like it and that's that!  If you don't like it, you'll get used to it.  If you can't get used to it, we'll soon be sailing off to where only our opinion matters anyway, so... Dos Libras it is! 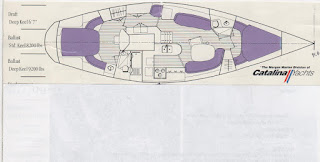 What is she?  She's a 1995 Morgan 45 by Catalina.  There isn't a lot of information out there about his boat, believe me, we've searched the Internet.

How did we come to choose this boat?  For months while we waited for Elan to sell, I (Tammy) searched the Internet sites.  We found several models we liked and checked them out in Kemah.  Good thing we did too.  We didn't like them so much after we saw them.  Originally we were looking at the 38 to 42 range.  We decided this would be too small for living aboard.  Boats on the earlier list:  Endeavour 38 and 42, Irwin 41, Whitby 42, and my personal favorite but one Bruce couldn't stand... Liberty 45.  None of these boats had all the things "we" wanted. 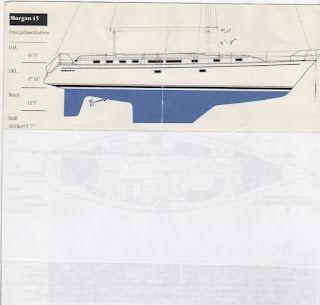 Are there downsides? Could be a bit underpowered with 50 hp engine;  maybe less water tankage than is optimal at 150 gallons, although it has a water maker.  Needs a bit of TLC, OK, a LOT of TLC, but it was a steal!

When will you see her?  Bruce goes to get her on March 12th.  He will be making her ready for the journey home and leaving Rhode Island when the weather permits.  He has some volunteers for crew for some legs of the trip but if you are interested in flying up and sailing part or all of the way from Rhode Island to Texas, let us know!  We can't pay your way but will provide room and board.  We hope to have her in the slip (probably in Corpus Christi) by mid April.