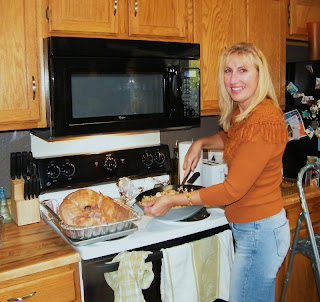 Our original plan this year was to bow out and make room for the kids to share the Holiday with their Dad, who was due back from Africa early in the week.  As the week wore on, it didn't look like he would make it home in time, so we shuffled our plans and made way to San Antonio on Wednesday after I got off work.  Bruce and I have graduated from the couch to the Guest Room at Melissa's house.  Quite the improvement in status!  We had a lovely evening meeting Michael's Dad for a late dinner then bed.  We work up early on Thursday morning to get cracking on the feast! 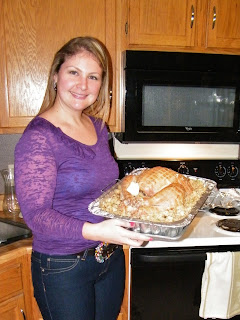 Melissa assigned the pies to me and planned the rest of the meal herself.  She and Michael shopped at the local Farmer's Market for some fresh veggies to go along with our Old Stand By's that were scrumptious!  I helped with the stuffing, which is different every year, but always the same... if that makes sense.  She asked for the recipe and I told her that there really isn't one.  You just throw some basic ingredients into a bowl and add what you feel like adding...  This year, we nestled it in around the turkey to bake and it turned out delicious. 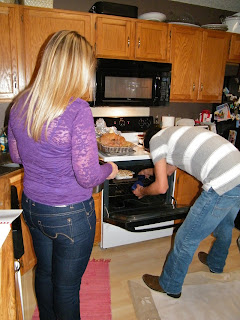 Once the bird was out of the way, we reheated the side dishes that we had cooked earlier.  Let me back up and explain here that since we were up so early in the morning baking and cooking..., our dinner was not scheduled until at least 5:30 p.m. so that Michael and his Dad, Sam, could spend the day working on Michael's house project... Bruce and the girls and I took a break and went to see Burlesque, the new movie out with Cher and Christina Aguilera.  It was SOOO Good!  Anyway, back to the kitchen...  Matt showed up to help us out and we put him right to work.
﻿ 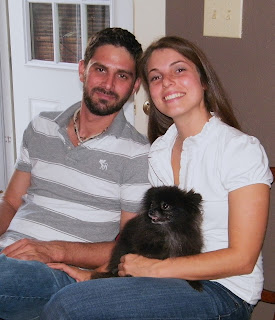 He had been spending some time with his family but they weren't cooking until Saturday, so he joined us for our feast.  The plan was to bring back some of Matt's belongings for his new apartment back in CC.  But that was for the rest of the weekend.  We put him to work doing "honey do's". 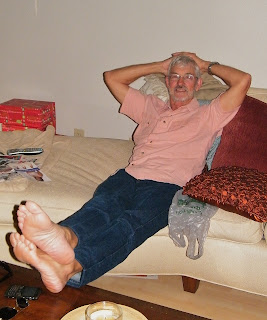 There was nobody more glad to see Matt here today than Bruce... who was left alone to watch sports on TV whilst all of these "honey do's" were being done by Matt.  Bruce has finally "arrived"...  He's been replace by the young 'un's in the kitchen on Thanksgiving.  Ahhhhhh! 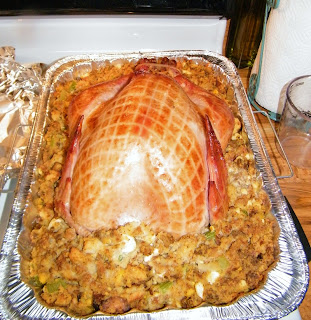 Finally things were coming together... the turkey was golden and steaming... the dressing was crispy on top and moist in the middle... 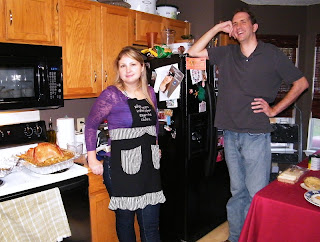 ﻿Now... what to do... what to do...? We need something to serve the turkey on. ﻿If only we had someone TALL who could reach the top of the cabinets where the platters are stored... 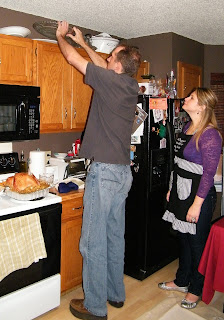 Michael to the rescue!  I can't tell you how much fun it is to have this guy around...  He brings us up into another world, literally.  Melissa told me that he's done some things around her home since they started dating.  One... he raised the shower head in her bathroom... (cough, cough)... Two... he cleaned all the dust off the top of the refrigerator.  Too fun!  I think we're going to like having Michael around.  All of this and he's very sweet and takes really good care of my daughter too! 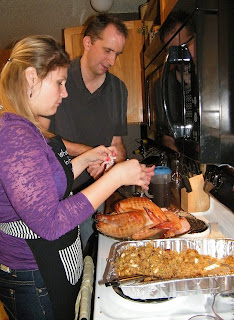 Finally, we're nearing Feas﻿t Time!  Melissa was Hostess so naturally we asked Michael to do the honors of disassembling the bird.  This is traditionally a Male-Head-Of-Household duty but since Bruce was enjoying his "off-time", we got Michael.  He seemed a bit sheepish about it at first but settled right down to it. 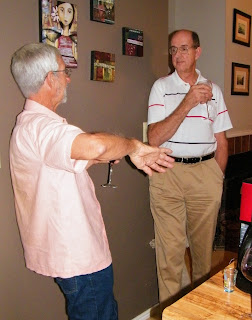 Bruce and Sam were lured off the couch and away from the TV...to the ki﻿tchen with the promise of rich rewards to come...  you can see that they're very interested in our goings-on... C'mon guys!  Pay attention!  There's ceremony here! 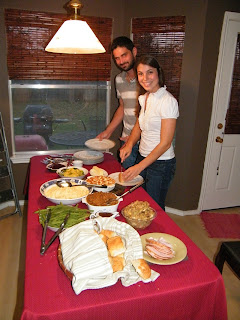 We did﻿n't have to prompt Brittney and Matt... They were first in line as volunteer Tasters!  No problem, it was ALL GOOD!  This whole day was just such fun for me.  I've waited and waited for my girls to begin bringing home their men, to join us in the good times.  Now, here I am... surrounded by my wonderful husband, my two beautiful daughters and their significant other's... we're all joking and laughing and talking about "Shady Pines"... After all the eating was done and the girls were assigning the cleanup duties to the guys.... I found myself standing in the midst of all of the hubbub in the kitchen... salvaging the meat from the turkey carcass... It struck me that THIS was what I had been waiting for. This could be the beginning of the new branch of family... the new era.  And it was good. 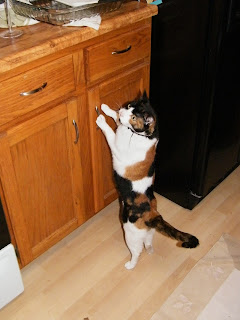 ﻿I snapped out of it and we all whipped the kitchen back into shape in record time.  It's so nice to have all of these able bodies around.  Poor Bella had nothing left to scavenge once we were done.

We spent the rest of the evening waiting for our tummies to allow us to sample the pies.  We re-stuffed ourselves and that was it.  Brittney and Matt left to go have some fun with friends, Bruce and I slunk off upstairs to our room, leaving Melissa to entertain Michael and Sam for a bit longer.  We didn't even hear them leave.  The day was over and it had been a good one.