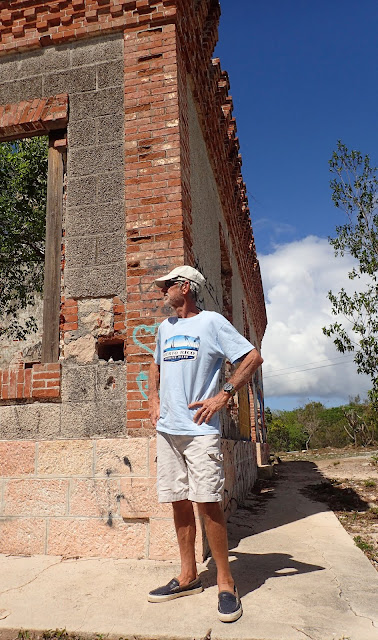 This post might look familiar to those of you who hang out here often... In fact, it's only been two weeks since we took this very same drive.  But this time, nobody got hurt!

I take my hostess duties very seriously and I want our friends to have a good time... so they'll come back soon! The lighthouses that dot the coastline of Puerto Rico are always a favorite of mine.  Sooooo, we were up and out early for a drive to the west.

Puerto Rico has many difference faces.  Many visitors never leave the San Juan area where the mountains are covered with lush green foliage.  We want to make sure that our friends get to experience all of the island so that they will love her as much as we do!

The secondary roads leading west are punctuated with sleepy little towns that we adore.  Every time we drive along this way, we discover something else to put on our regular route.

But our first stop today was a well worn favorite, the Guánica Lighthouse. 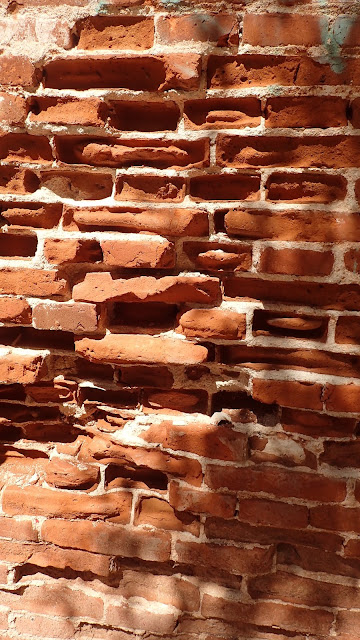 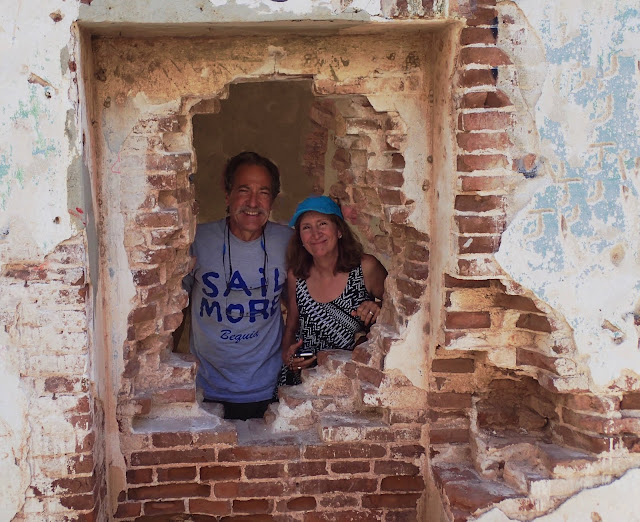 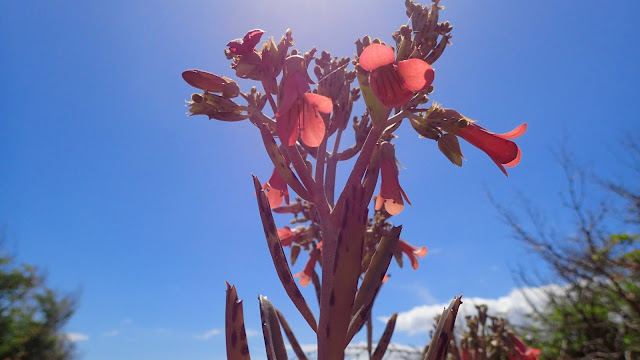 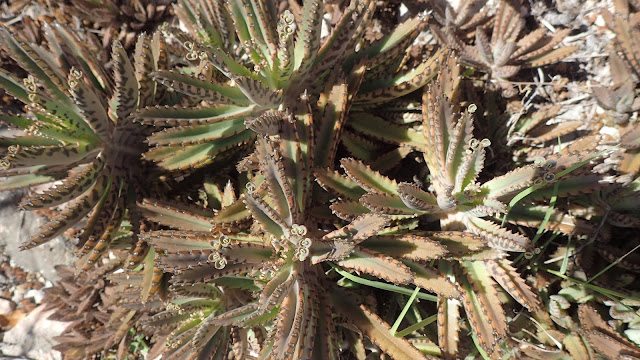 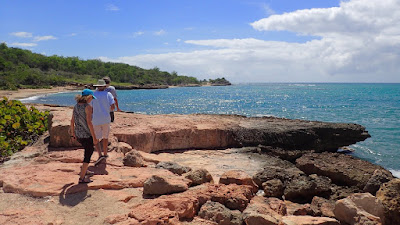 Down the road again, we made a stop at the scene of last outing's difficulties. The point at Playa Ballena was the treacherous spot that swept my son-in-law's feet from beneath him.  Today, the conditions were much less boisterous.  The tide must be out because the waves weren't crashing as high.  But the Caribbean still showed her might! 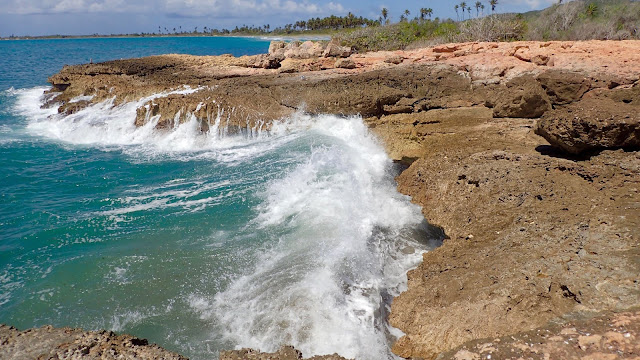 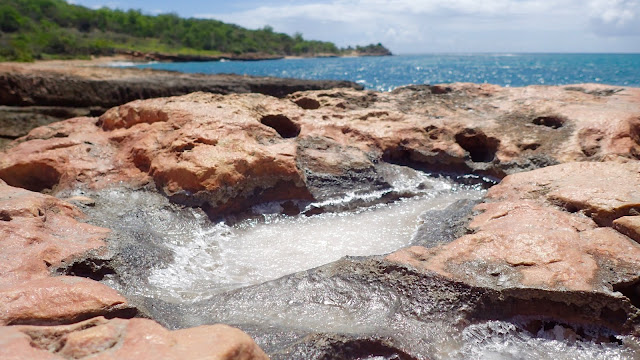 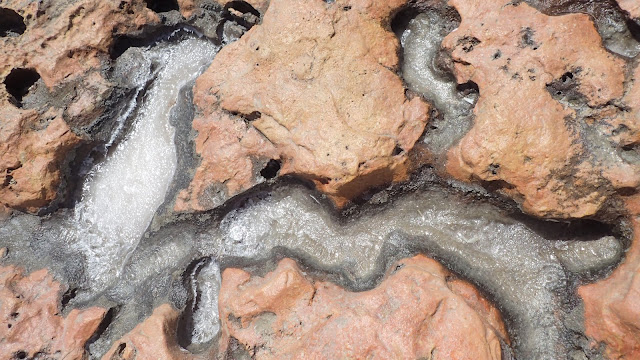 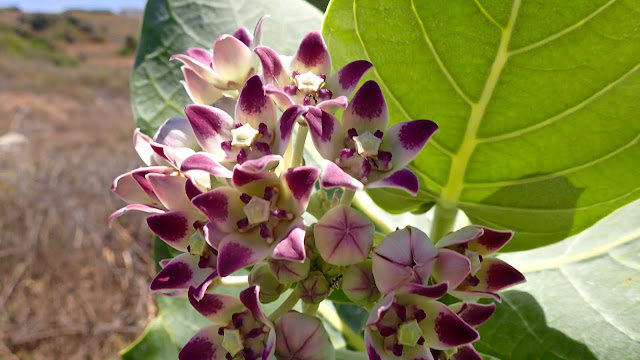 During our last expedition west, we arrived too late to see the Los Morellos Lighthouse in Cabo Rojo.  We made sure that we didn't repeat that mistake.  Parking was scarce when we arrived but after circling the lot a couple of times, we spotted a group leaving and were able to get primo parking!  The hike up the hill from the front lot is dusty and hot, but we need the exercise, and what a pleasurable way to get it!

Near the top we paused to look back at the breathtaking view of the water along both sides of the narrow strip of low-lying land we travelled across to get here.  The salt pans on the east side would be our next stop! 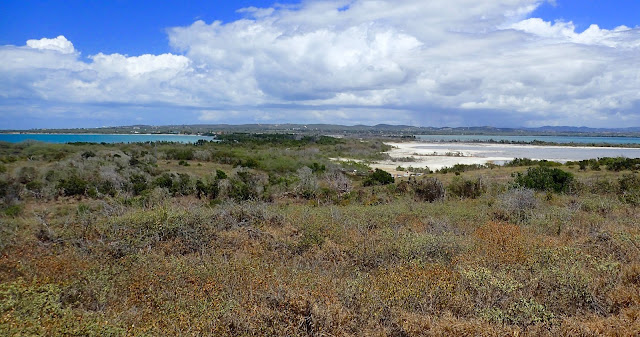 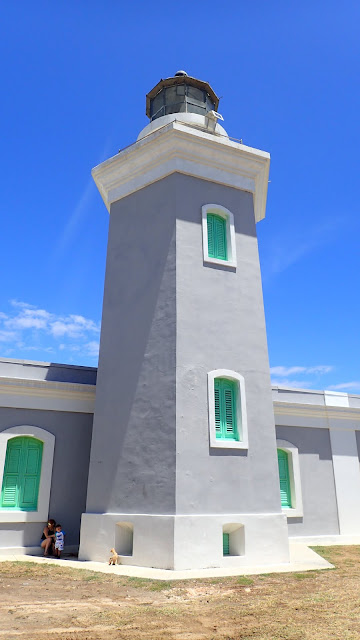 My day was only slightly dampened by learning that the lighthouse was closed today!  The grounds were open though, and it's really the impressive exterior of the building and the stunning cliffs that we came here for... and those did not disappoint. 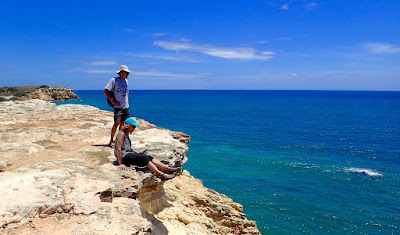 This is what we came here for!  This spot reminds us of our visit to San Diego, California back in 2015.  The photos do not accurately show the depth that actually makes you feel dizzy and a little disoriented as you move along the top.  There are spots where it looks perfectly solid near the edge, that upon inspection from a different angle, show that the rock has been eroded away below and it's only a matter of time before that ledge plunges to the frothy water below. 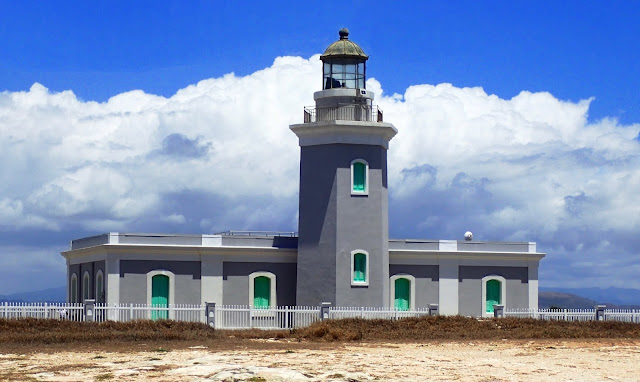 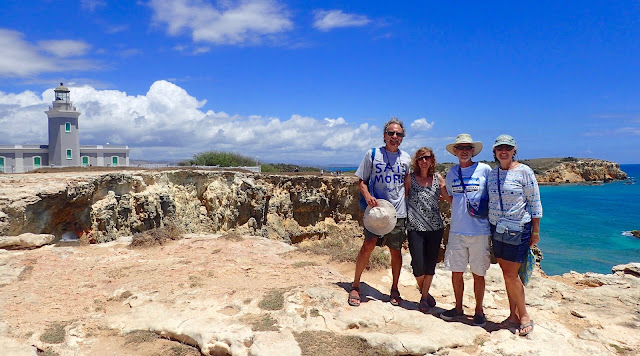 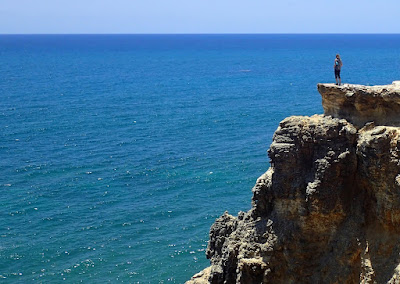 This was as far as we could go, so we backtracked to the thin spit of land that separates the mainland from this peninsula where we could get a closer look at the huge white mounds of salt we passed on the roadside coming out. 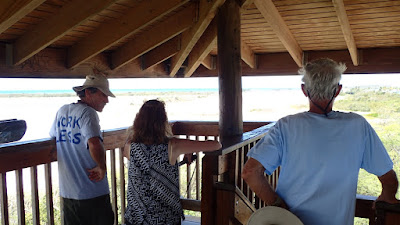 We stopped in to see what the little "Salt Museum" had to offer.  There are some historical photos and an explanation of the history of salt production in this area.  They also have some little trinkets for sale to support the non-profit organization.  It's astonishing that there is no charge for the lighthouse or this fascinating place.  We would have gladly paid a few bucks for the privilege, but instead, I purchased a couple of sea-glass necklaces and earrings to support the cause.  SCORE!

We climbed to the top of the Mirador, or tower, where we could look out over the peninsula and see the lighthouse from the opposite direction.

Once again, tired but lovin' life... we drove the long road back home to Arroyo.  This time we took the toll highways with a stop for dinner along the way.  As I said, I take hosting very seriously and I want our guests to see as much of our Island of Enchantment as possible.  Tomorrow we drive again! Other People's Vacation Photos ~ To Be Continued...