We couldn’t get out of West Bay fast enough to suit us.  We had had enough of it’s rolling and bottom scraping to last a lifetime.  Hopefully we are getting all of the Rookie Mistakes out of the way and it’ll be smooth sailing from here on out.  Hopefully I didn’t just jinx us…

We needed water.  We needed provisions.  And we needed peace.  All of these things and more, we would find at Palm Cay Marina.  It is a relatively new facility and some parts are still under construction.


There are four docks and we were placed on the furthest one in where there is only water available, no electricity yet.  But we had our solar panels and generator so that was fine with us.

The docks are wooden and fixed, and the finger piers only go out halfway, making getting on and off the boat a bit of a challenge at low tide.

There is "city" water available on the dock which was a bit of a disappointment as we were hoping for some RO water.  That's water derived from sea water via Reversed Osmosis.  It's cleaner and safer than the mysterious origins of the City Water... We were somewhat indecisive about putting it into our tanks... but in the end, we did fill them up but kept jerry jugs of drinking water we still have leftover from our last fill in Florida.  We'll get RO water somewhere down the line.

This marina is part of a large gated condo/high end home community.  The marina is still in the process of being built and for this reason, the laundry and shower facilities are currently housed in one of the condo units adjacent to the marina.

There is a toilet, a shower and one washer/dryer… but they are nice, and best of all… FREE!  Free laundry!  So what if we have to wait sometimes.  I’ve got a mountain of laundry to do… can’t remember how long it’s been.  Who knows how long it will be until we get to do laundry again!!!  So much of our time here was spent in the laundry room.


There is great wi-fi here (Better than we found in most US marinas) and we got to meet all of the other marina tenants, making some great friends and learning many valuable details about places to go.  We could also throw a load of clothes into the washer and take a walk on the beach while we wait... 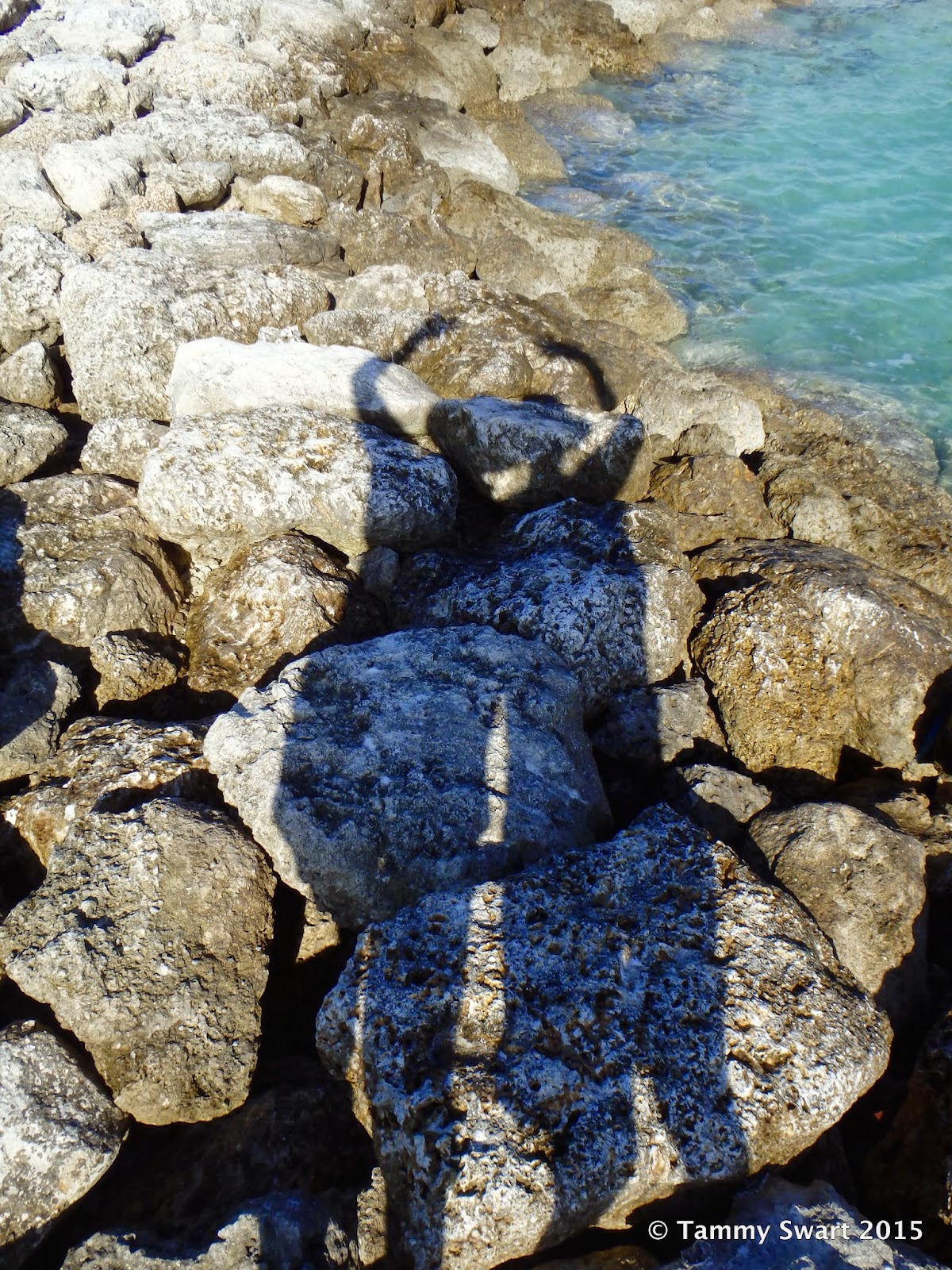 The marina offers a courtesy car in two hour increments.  We signed up for the afternoon of our second day but there was a bit of a mixup where one boater didn’t bring the car back and thus booted another boater out of their time.  We volunteered to take her along with us to pick up her friend from the airport on our way to the grocery store.  Marie was worried that her friend wouldn’t get the message to take a taxi, (which she actually did)… so poor Marie was stuck with us on our adventure, while her friend waited for her back at the marina. 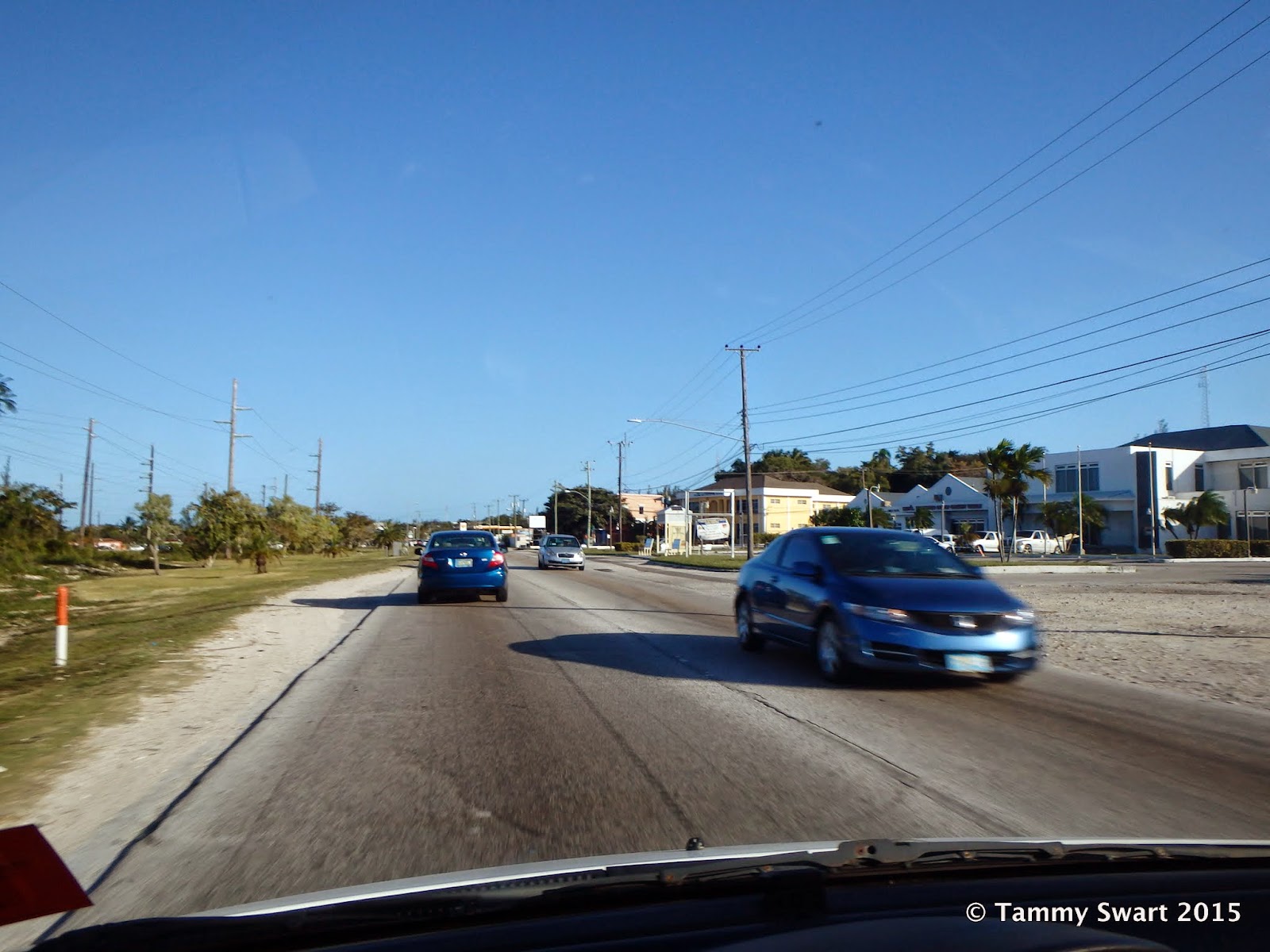 Driving is done on the left-hand side of the road… and there are multiple turnabouts instead of traffic lights… making driving on the streets of Nassau quite a challenge.  Poor Bruce was strung out by the time we reached the airport… found out Marie’s friend HAD taken a taxi… and then backtracked to the grocery store.  In my opinion he was just getting the hang of it… but he was sure to add a few beers to our grocery list to calm his nerves when we (finally) arrived back at the boat.

The grocery store was quite a pleasant surprise.  I had heard about the lack of choices but evidently that doesn’t apply to Nassau. We cruised the aisles and felt like we were back in the US… only the prices were BETTER (on many items) than they were in Florida!!!  We didn’t need much, just some fresh veggies and fruits, milk, bread… We stocked up and returned to the car… and it would NOT start.  The tiny battery had run down while we shopped.  We called the marina and very soon, the guys were there to get us a jump start and back on our way.  Poor Marie was probably wishing she had never left the marina by now… 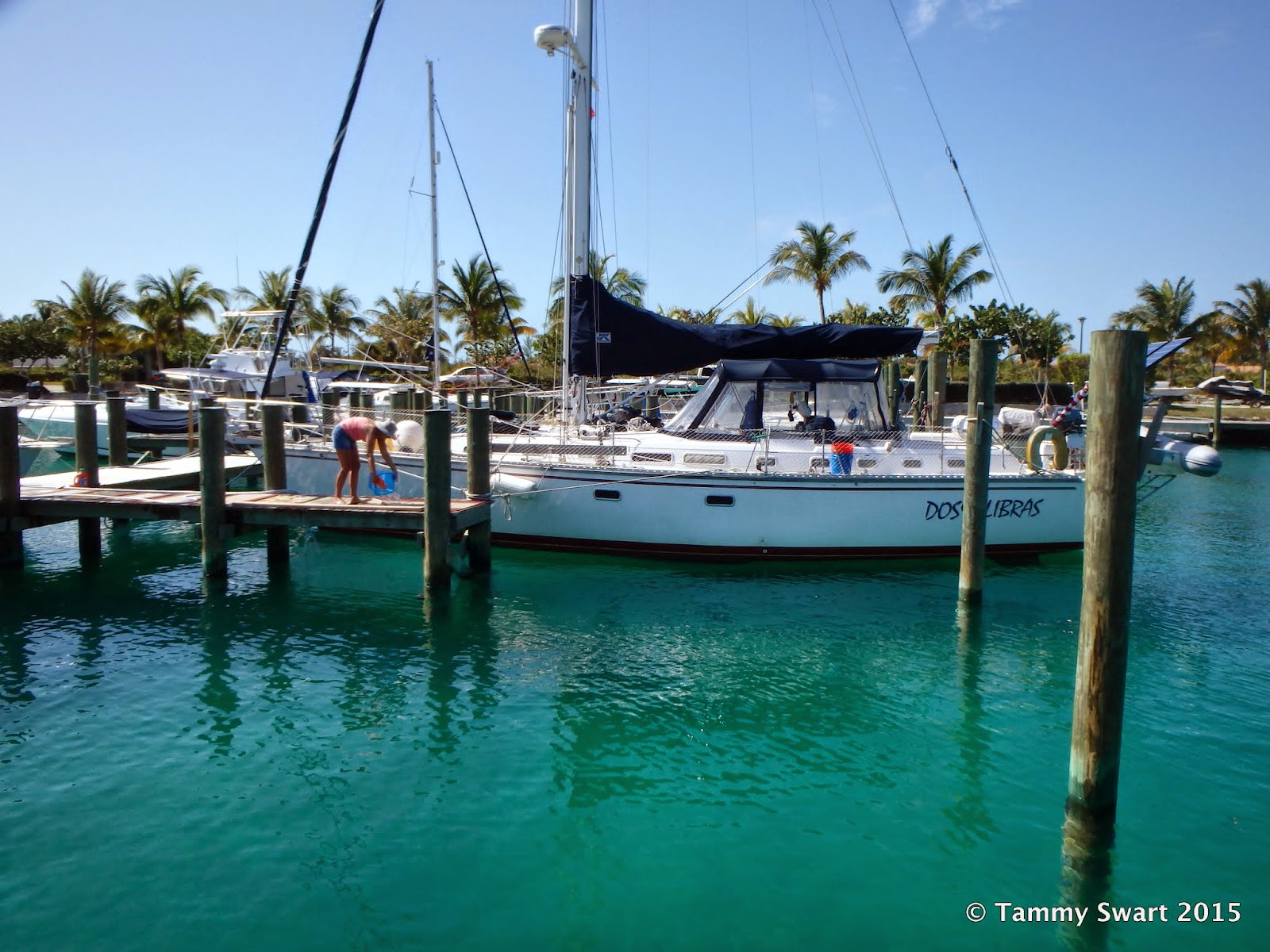 We stayed an extra day (total of three nights) so that we could take advantage of the flat fee city water at the dock.  Our boat was a mess after all the rocking and rolling and just simply getting here.  The water went to good use in cleaning the boat inside and out. 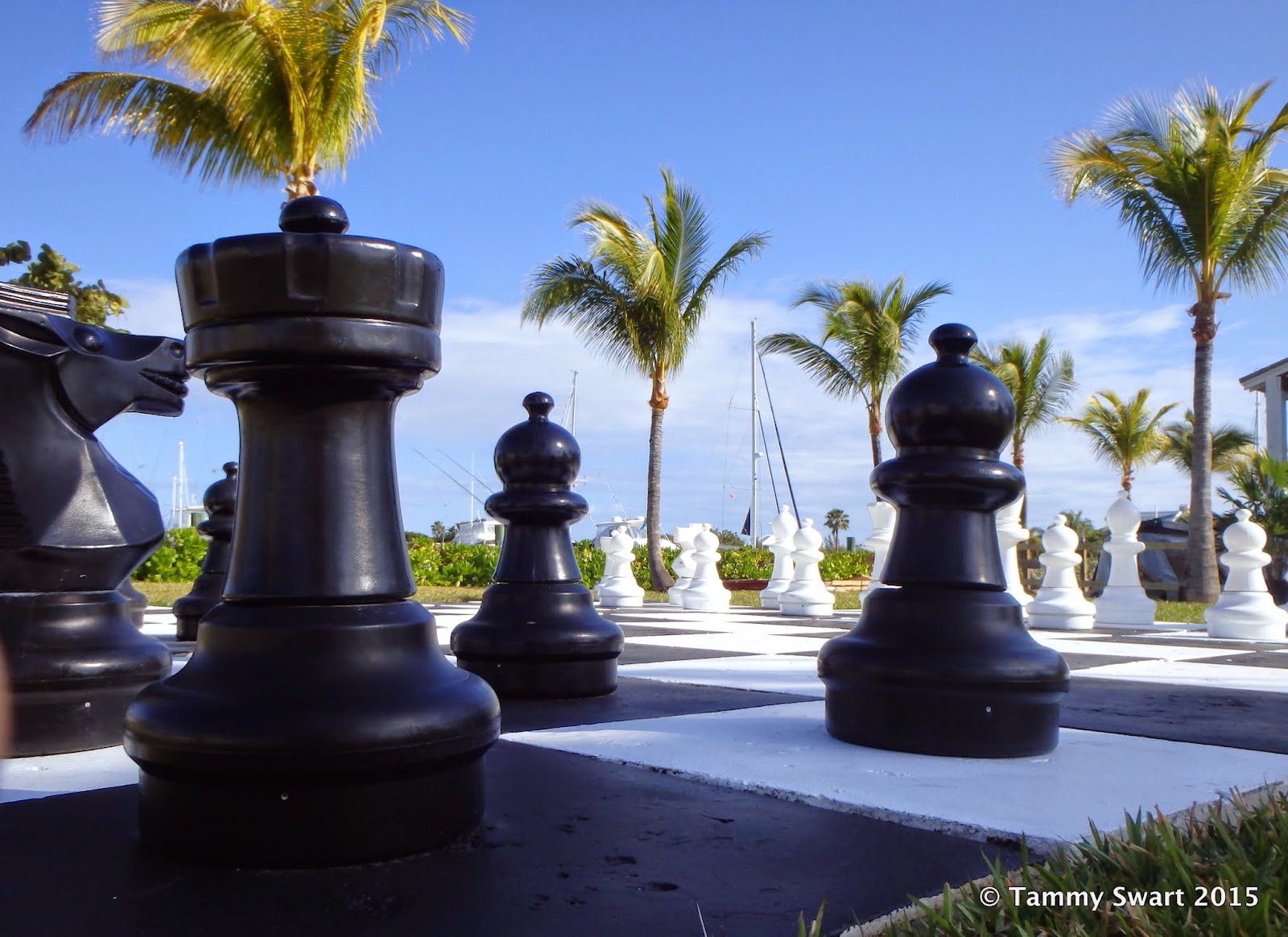 We finished off all of our chores and enjoyed the nice beach and grounds and just generally recuperated from our ordeal in West Bay.

I don’t think this marina gets as many visitors as some of the others, but I can highly recommend it, even though it isn’t quite finished yet.  The basin is well protected and gated for safety.  After all we have heard about the dangers of Nassau, we were happy with the extra security offered here.  We will definitely come back!

You might question whether or not this constitutes "R&R".  The north winds howled and we slept in quiet stillness.  We got our chores done and our house back in order.  We topped off provisions and tanks and we had security and comfort with no chance of grounding or dragging anchor... that's what true rest and relaxation look like to us!