As Far North As The "Deep South"

Yes, it seems that in all of our 2,200 nautical miles... we have failed to escape from the "Deep South".    Coming from the "really deep south" waters of the Texas Gulf Coast... I've considered us as "going North" ever since we left the Florida Keys!!!  Imagine my chagrin when I realized that South Carolina is still... The South.

I have been thinking about a lot of things as we near the One Year Cruising Mark.  I'm mulling.  I'm ruminating.  I'm examining the premises and visions of how I imagined it would be out here, and comparing them to how it IS.

We had "planned" on getting as far as the Chesapeake Bay this season, but the weather combined with our newfound realization that we don't HAVE to do ANYTHING... have us only getting as far NORTH... as the DEEP SOUTH!

This has me amazed considering that my husband and his friend Chuck brought Dos Libras all the way from Rhode Island to her new home in Texas... in 31 days!!!  Dang we're SLOW!


But that's OK.  My whole reason for traveling in the ICW has been so that we can really SEE and experience the towns along the way.  I'll admit here that I never actually learned where the states were back in school... Oh I passed the tests... and then promptly forgot what I had learned to the point that I couldn't have named the coastal states in order to save my life.  Now we've visited seven of the coastal states (counting Texas), and I feel that I have a sort of "relationship" with them.  I know a little bit about each of them, in a way that I never would have had we just skipped along offshore.  So in that way, my plan has been a success! 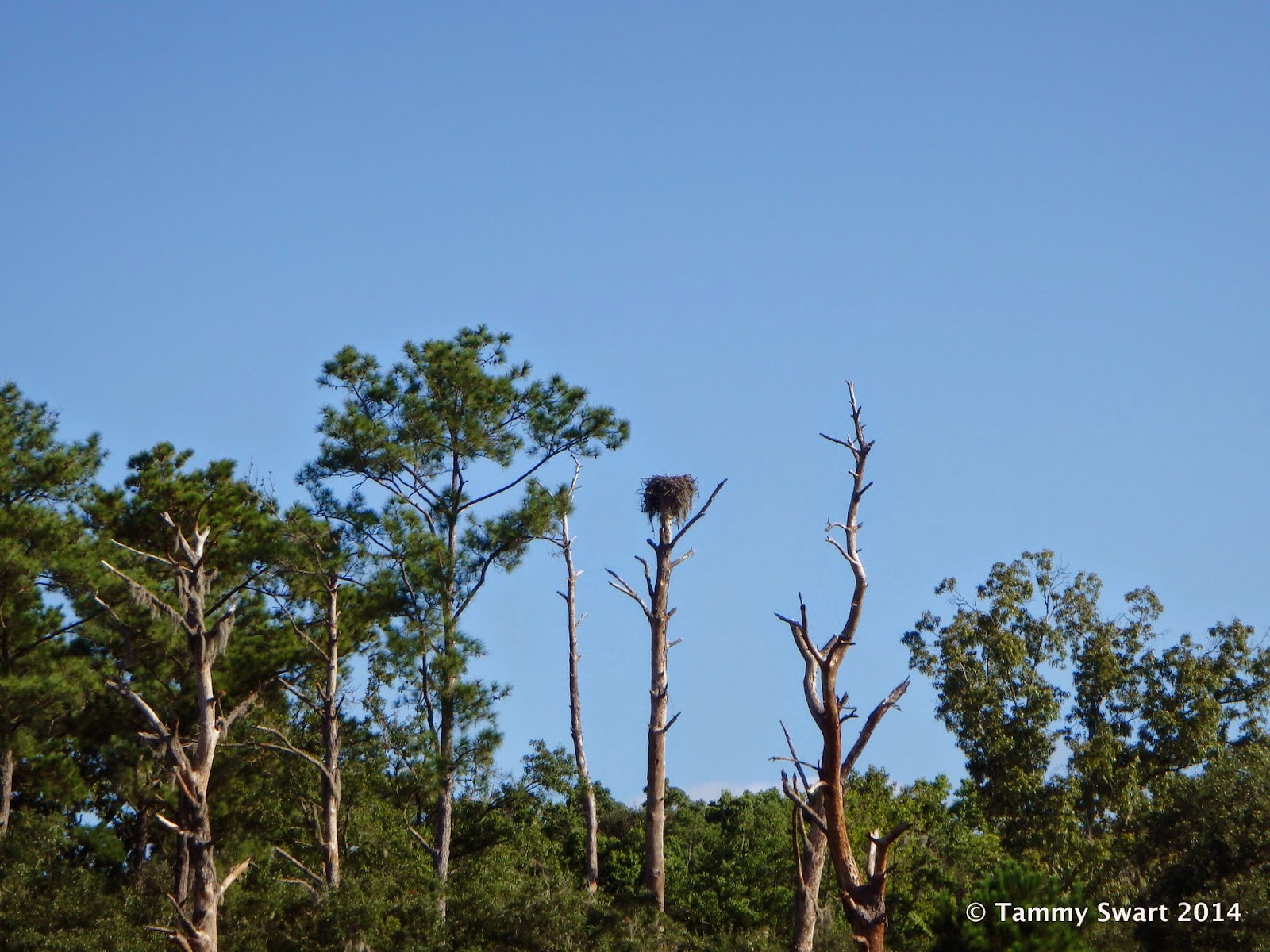 This form of travel also allows us to experience areas that most people NEVER see.  We travel in the backwater marshes and through the pine forests where I can imagine that no man has ever set foot...  We've been in places that are so quiet that we can envision the end of civilization.  There is nothing but the sound of birds calling and fish flopping and the wind sighing through the trees.  It has been inspiring and so very un-scary!  Just extremely peaceful!  I LOVE the South! 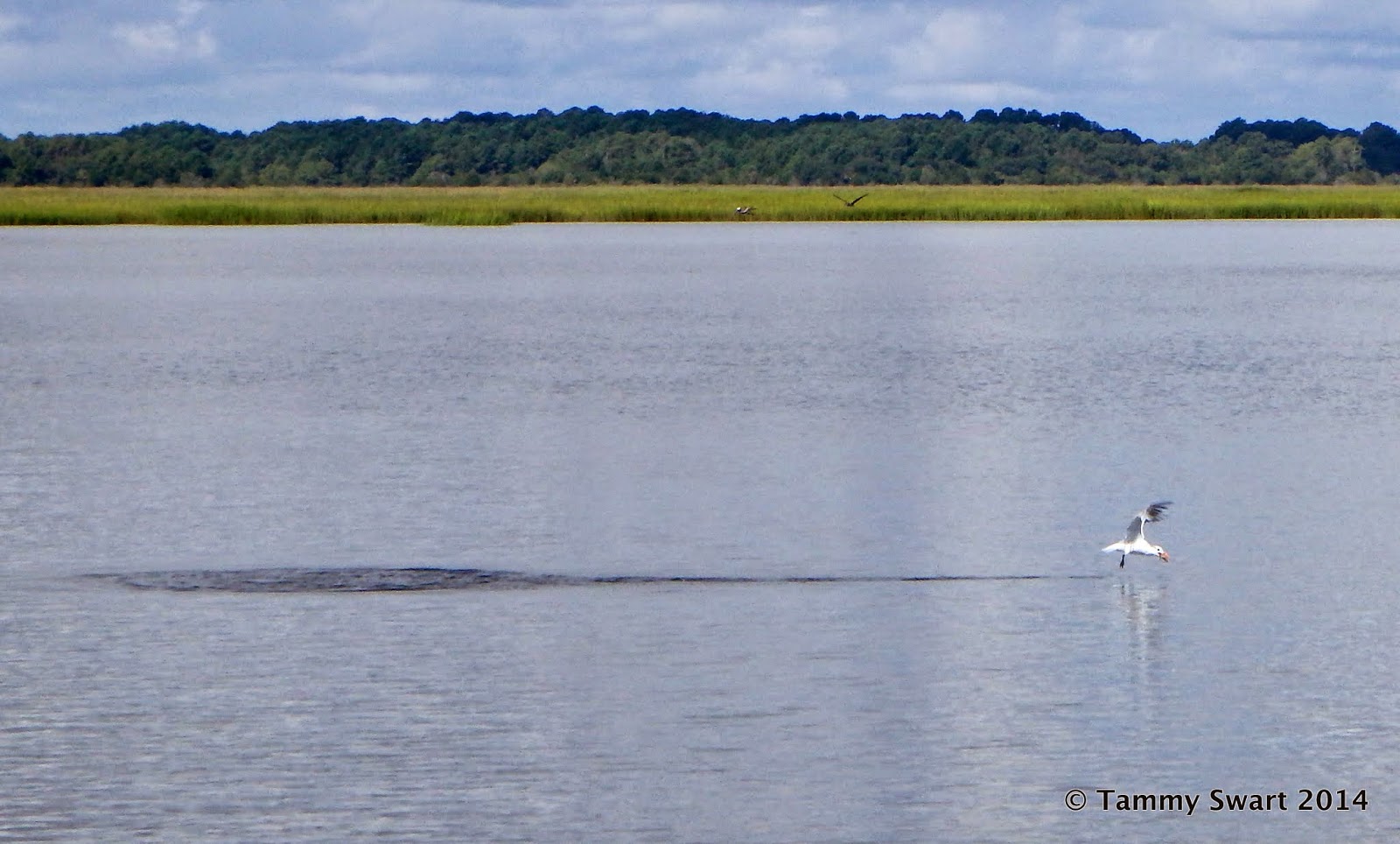 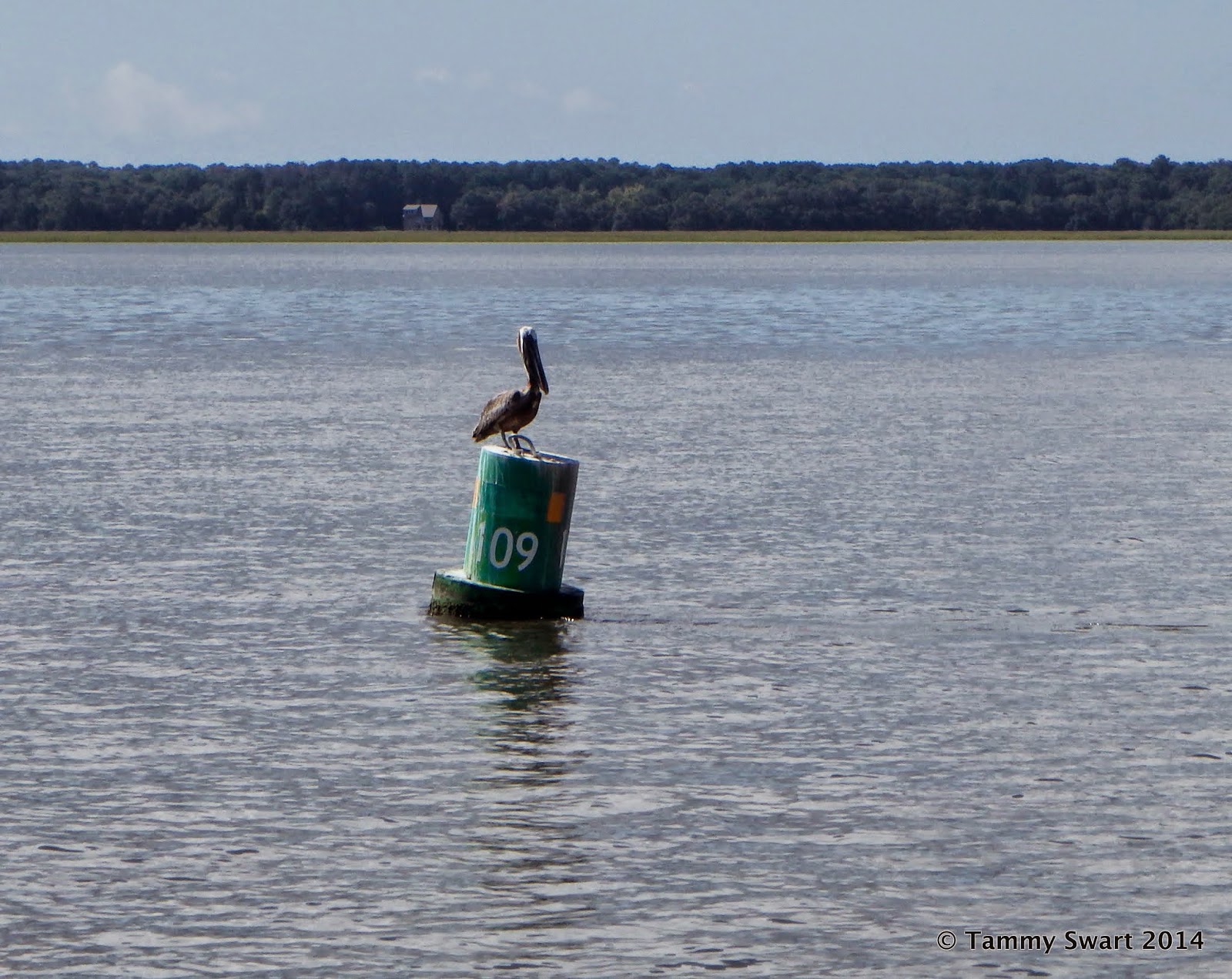 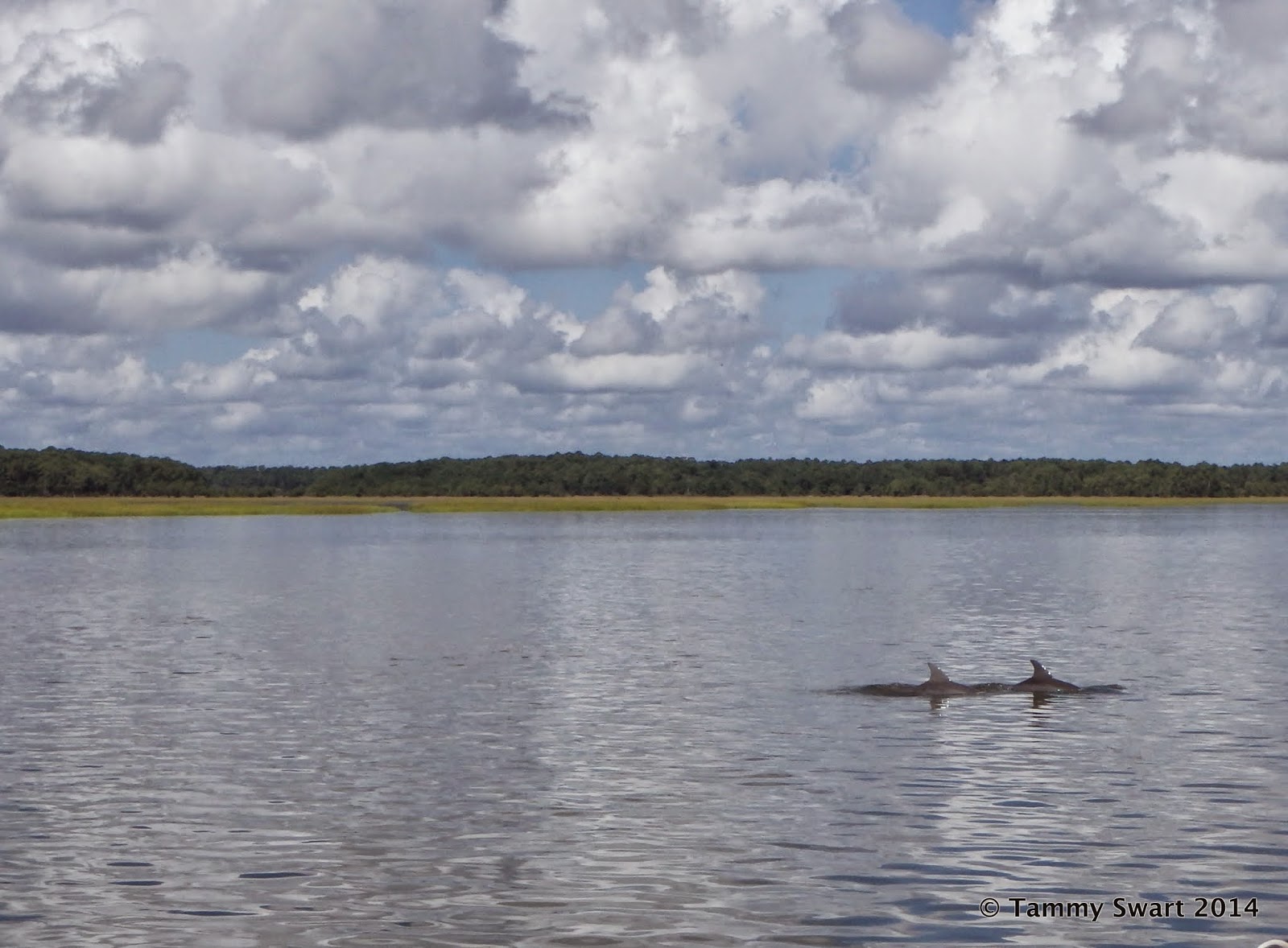 Since making the decision to end our northward trek in Charleston, SC... We've been making some plans.  The impending change-of-seasons has brought this upon us.  We've made it through the hot Summer months with this Labor Day weekend, the Official End Of Summer.  For us it signifies the nearing of time to turn back.  Time to head South once more,  to flee the oncoming winter!  I never want to see winter again! 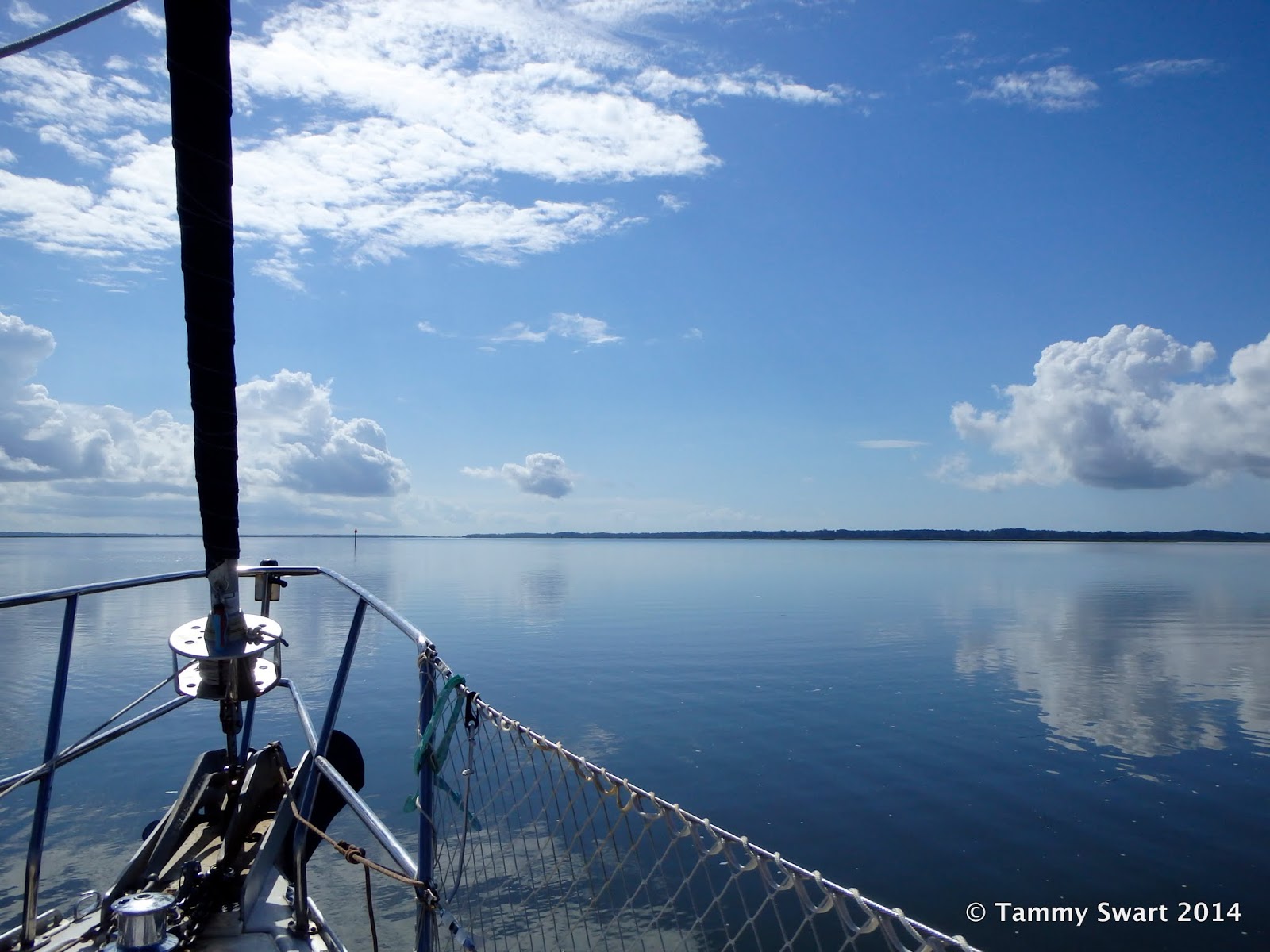 So, we're spoiling ourselves with two more luxurious months in the St. John's Yacht Harbor Marina.  It's luxurious because it provides us with unlimited water, power we don't have to make ourselves, access to lovely shower and laundry facilities... and a POOL!  Yes!  I've always wanted to have a pool!!!

While Dos Libras is here, we will take a road trip back to Texas so that we can fulfill our responsibilities as homeowners and take care of some things at our townhouse.  We will enjoy a visit with family and friends.  Then we will bring our car back here to SC, which will give us the opportunity to roam further and explore this historic portion of the coast more thoroughly.  And we will have the opportunity to finish some of the boat projects we've still managed to put off all this time...

Then, at the end of October, we will retrace some routes and make new ones as we get a head start on the season.... Bahamas Bound!