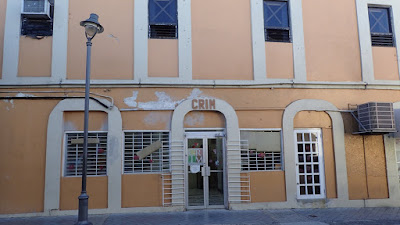 What the heck is a CRIM???  Buying property outside of the US is a challenge.  There are so many things to learn about and so many ways that following the rules can be elusive.  When I came to Puerto Rico in December to close on the Villa, I was told that I would need to file for a homestead exemption.  Having done so in on our home back in the US, I thought this was pretty much the same thing.  But when we got settled here and I went looking for information about how to do that exactly, things got weird.

I remembered the Notary throwing words around at the closing and the word CRIM came to mind.  She explained that it was the taxing authority for property.  OK. What IS CRIM?  Centro de Recaudacion de Ingresos de Municipalities ~ Income Collection Centre of the Municipalities.  There, debunked and demystified, right?  Wrong.  Now we have to find the place! 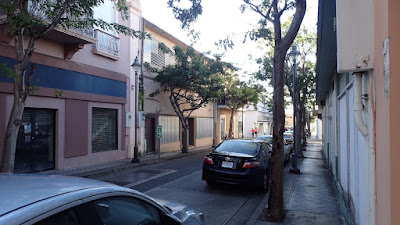 Google Maps is my friend.  There have been major improvements in its accuracy since we were here in 2016 and today, I thought things were going well when I identified the nearest CRIM office in neighbouring Guayama.  It's the next largest town over and we go there for a lot of things.

We found parking in the old downtown district, quite a step back in time!

We found the CRIM office and I went confidently up to the counter, thrilled to learn that the young lady working there was fluent in English.  That always helps!

Unfortunately that's where the wheels fell off.  She looked up my property and showed me where there was a tax balance due of about $500.  I told her that I was there to file for homestead exemption so that I wouldn't owe that balance...

She explained to me that the taxes are yearly (January to December) but they are assessed from July to June.  That makes no sense at all!  Furthermore, the bill is paid in six month increments and that the bank had paid the previous bill back in June, leaving me as the new owner, responsible for the December payment.  Don't even try to wrap your head around it.  After going back and forth with her to make sure I understood, we finally left there thinking I was going to argue it out with the bank. 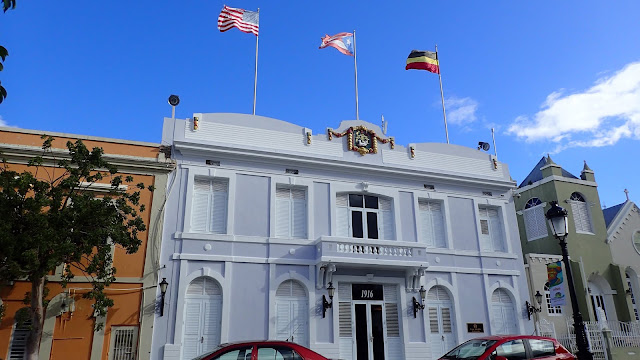 Very quickly I learned that I did indeed owe the money and that since it was filed in Caguas, I would have to go there to get my homestead exemption filed.  FRIG!  Well, since we were already here in the very quaint little town centre, we did some looking around.  How pleased we are to see that the town of Guayama has come back so well after the ravages of Hurricane Maria.  These old buildings are just beautiful in their Caribbean-typical pastels!  We'll have to come back here and explore further when my blood pressure isn't up! 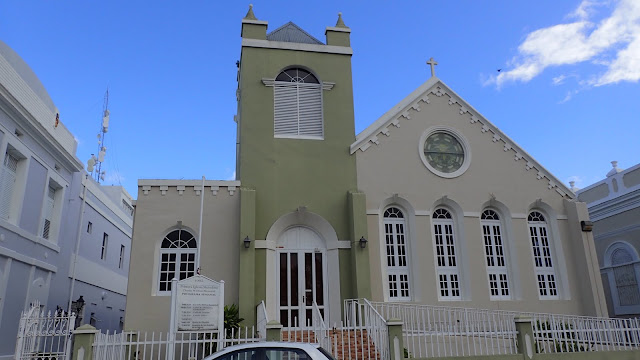 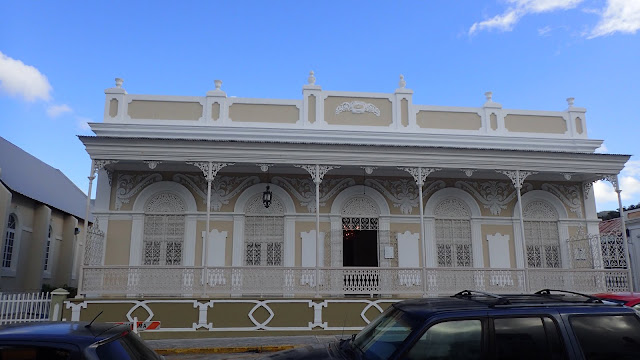 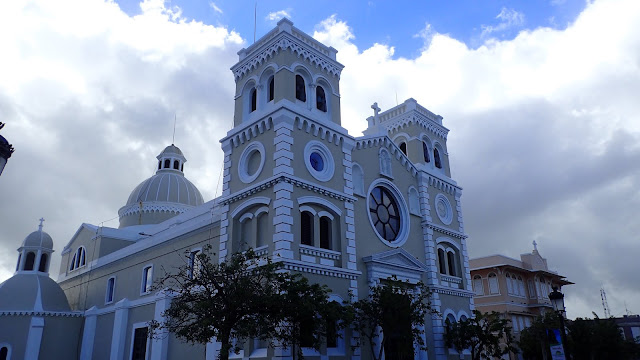 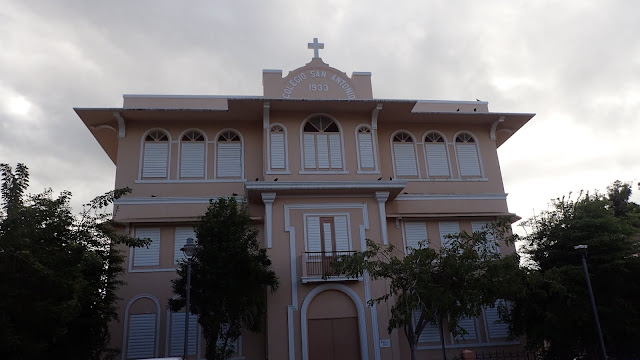 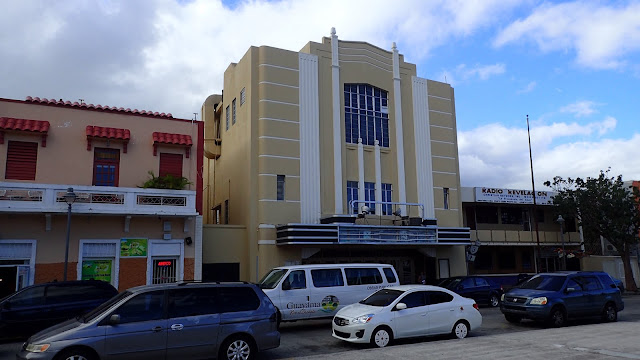 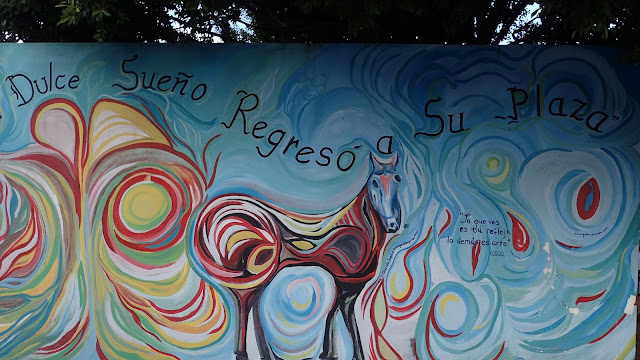 A quick review of the CRIM website gave me a phone number for the office in my town, Arroyo.  Google maps had it, but not under the right name,  and not where the office actually was.  It shows being in the City Hall Building, another old treasure, but it is actually in a little annex in the back.   (I have since fixed this in Google Maps)

Here is where the wheels got refitted.  A very nice man came out to help us as soon as we arrived.  I dug out the documents I had and even found one more little piece that was stuck behind something when I showed the lady at the last office my stuff... That one piece turned out to be the saving grace in this story.

The man looked over everything I had and explained that since the application for homestead exemption had not been made prior to the end of December, I would be responsible for that payment AND one more full year in property taxes.  Oh well... I told him that the notary had assured me that as long as I came in when we got settled, things would be fine.  Nope.  Not fine.  But wait...

As his eyes drifted over the nearly forgotten little piece of paper, his face transformed into a huge grin.  He snatched that page up and scanned it quickly, then turned to me again to pass along the happy news.  THIS page was actually the document that showed the notary HAD filed the exemption for us as part of the closing process.  Furthermore, it showed that the CRIM had received and recorded it.  The only thing that was not done was to pay that last half year's taxes ~ the aforementioned $500... and we were home free!  No more taxes!  Ever!

I whipped the cash out of my purse and rushed to the office next door to pay, hoping he wouldn't change his mind.  No, it was real. He even looked online and found that it had been recorded.  We aren't going to question WHY the previous lady had not been able to see that, nor why this guy didn't see it before I produced that little slip of proof...  It's done.

So what was the Homestead Exemption that I was advised to file as soon as we got here?  Well, that's another kind of exemption that is a one-time thing.  My lawyer has to do it for us, but once done, it will protect our property from ever being taken away from us in a lawsuit or to satisfy a lien of any sort.  Puerto Rico is very protective of the rights of her property owners.  That little slip of paper will cost us another $450, but it must be done.

Feeling so happy to have finally straightened out our business, we joined our friends Don and Janis at their home for an evening of games, good food, cold drinks and new friends. 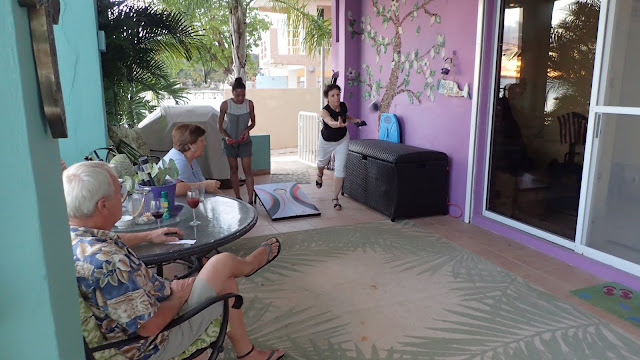 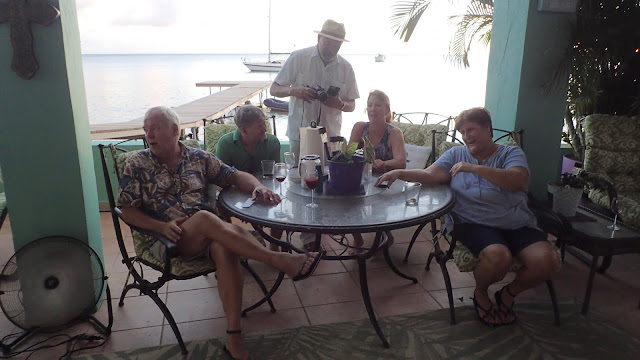