It sounded like a good idea... anchor an old barge out in the bay, put up some awnings and some chairs, then put the word out to those rowdy cruisers!  Dingy Concert at Le Phare Bleu!

Thanks to our friends Judie and Scott for the invitation to ride along!  Bruce and I walked over the hill from Prickly Bay to Secret Harbour to catch a FAST dinghy ride around to Woburn Bay and beyond, to where the concert was about to begin.

These concerts are held every couple of months and although we've been in Grenada for almost a YEAR(!!!!) this is the first one we've been to.  I've gotta say that our interest has been mild at best... floating in the hot sun, surrounded by a bunch of drunk cruisers with loud music pounding relentlessly and no way to escape should the need arise...  It's been easy to talk ourselves out of it in the past.  Well, this was anything BUT THAT!

We arrived early and poked around to find a spot that wasn't too close to the huge speakers.  Dinghies were coming in a steady stream and we were able to tie on a few dinghies back from the barge.  It was relatively windless and already getting hot, so we tied off, grabbed a drink and a float, and slid into the cool water to wait for the music to begin. 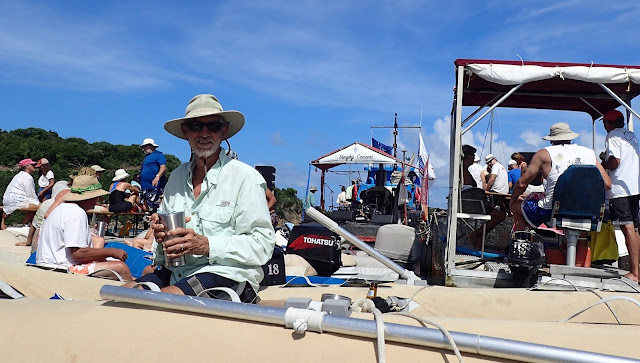 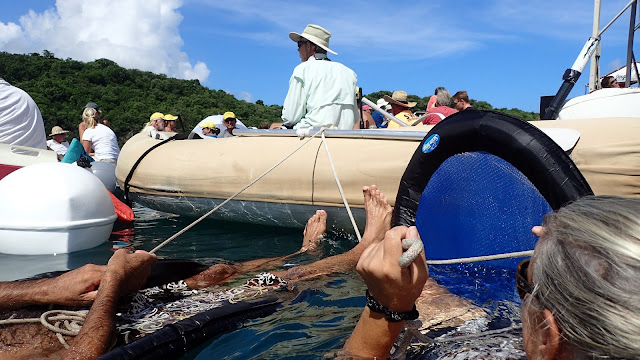 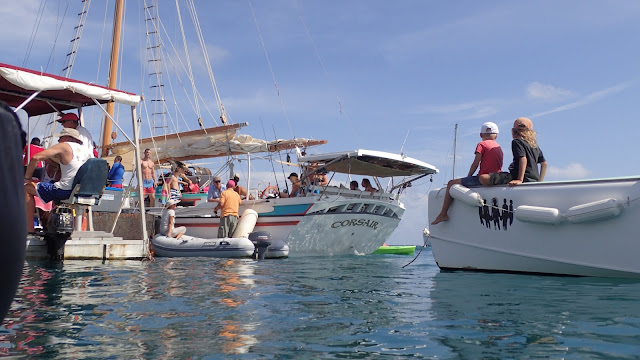 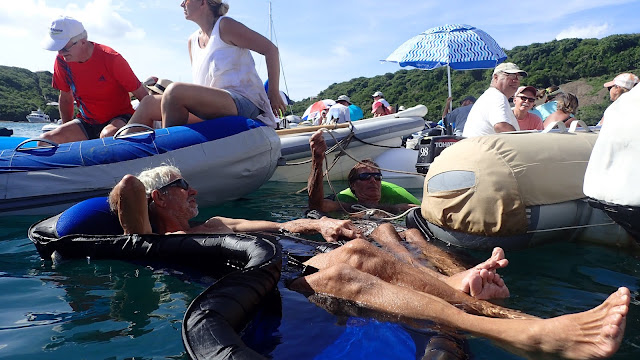 I had no idea who was performing.  I just didn't really care.  But when Thamara St. Bernard and Dennison "Lion Paw" and D-Unit started the show, I perked up quick! My expectations were rather low... but within seconds they were blown out of the water!  These singers weren't good - they were GREAT!  I took some video, but it doesn't do them justice.  I was mesmerised and transfixed!  They played a nice mix of music - old favorites and their own creations.  Thamara is an angel! 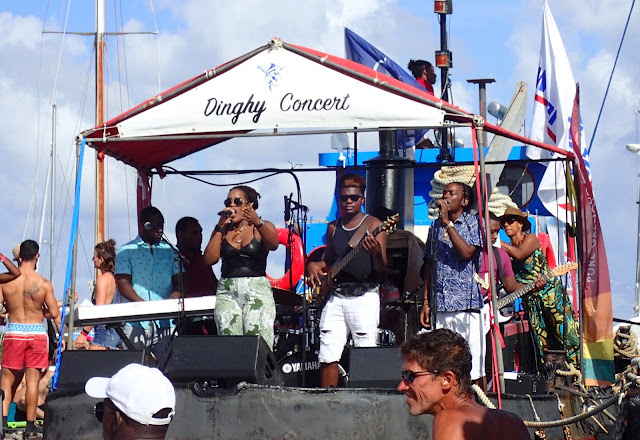 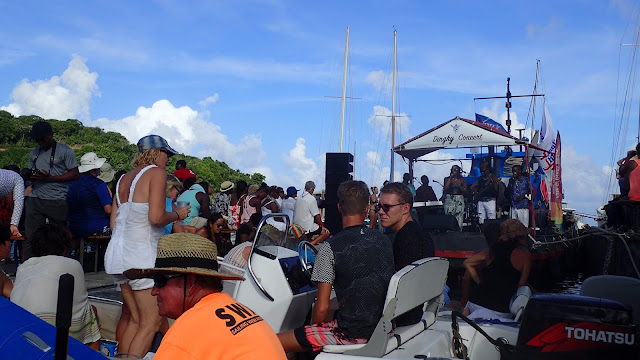 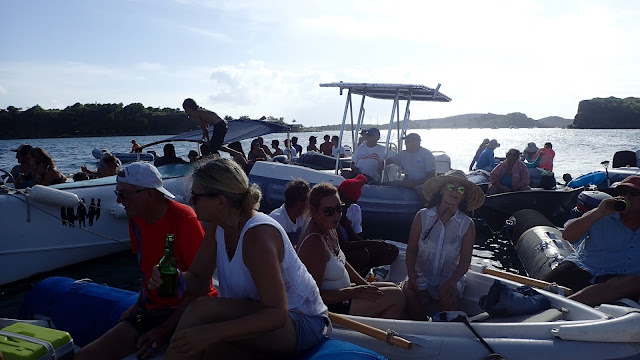 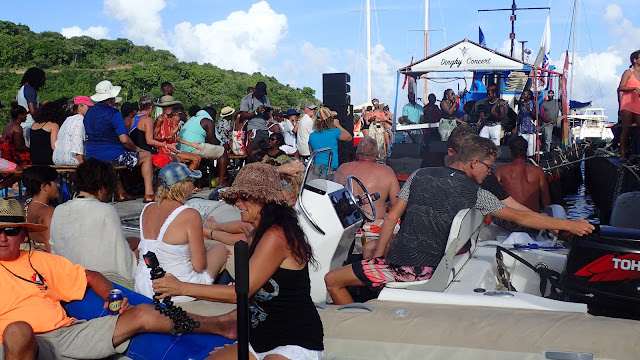 The show was wonderful.  Thamara kept telling us the next song would be the last and the crowd objected wildly!  I think they did four encores... it was difficult to tell since the band couldn't leave the stage!  But eventually it had to end.  The flotilla of dinghies began to get loose and drift slowly away.  The revellers weren't ready for it to end. 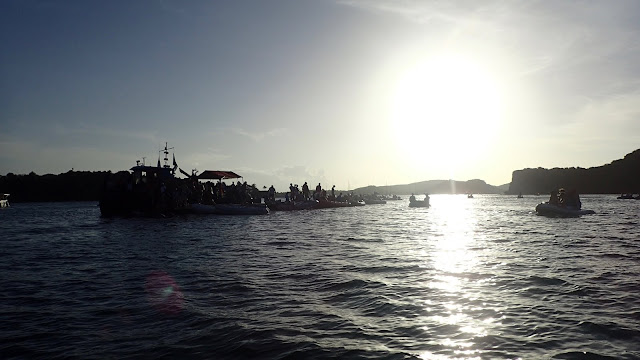 I couldn't believe how good it was.  My respect for these young musicians is real.  They stood up there facing the hot sun and sang their hearts out for us.  They're true artists and I'll pay better attention should we get the opportunity to see them perform again. 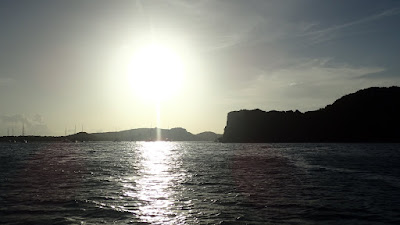 The dinghy concert was a smash hit!  We had a blast sitting in the middle of an undulating mass of like-minded party-goers!  Bruce and I don't get out to this kind of fun often enough!  Thank you to Scott and Judie for getting us off the boat!

Oh, and there was a drone flying around above us!  Here is their footage!