Staying A Little Longer - A Sort Of Unscheduled Stop

Changing "plans" does not come naturally for me.  In my former life, I often had everything mapped out for weeks or months in advance.  I knew what I was doing and where I was going and a change in the plan was met with lots of angst...

Cruising life has changed all of that.  While my mind still continues to make plans...I'm learning to welcome changes and going with the flow much more happily...


The plan was to get an early start out of Boca del Infierno to take advantage of the nightly clocking and backing of winds coming off of the mountains to propel us eastward to Cayo Santiago just off the east coast of Puerto Rico.

The forecast called for light winds and kindly seas and we thought that an early start would give us seas nearly flat and we could stay close to the island to avoid most of the current that flows east to west along the south coast of Puerto Rico. 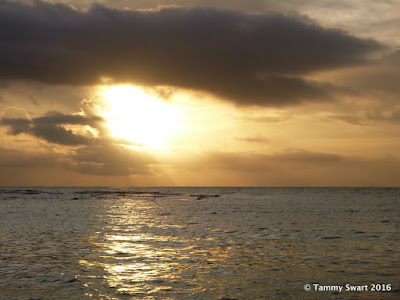 We expected a certain amount of stacking as the waves are forced through the gap in the reef at Boca del Infierno.  In less calm conditions this route is not recommended for anyone, but this morning it was kind as we followed previous tracks out.

So far so good...  wait, what???  Just as we get outside the gap, Jezabelle has that certain look on her face.  She gets up and makes a mad dash for the companionway but we aren't letting her go below today... nope.  If there's anything to clean up it's going to be up here where it will be easy.

Poor baby.  I knew that after four months in the slip she was going to have a period of re-adjustment to cruising life.

She was not happy with the sea state.  It was much more rolly than we had anticipated, even close to shore, or maybe because of our proximity... in 60 ft depths, the waves come from deeper water and bounce around in a confused state that is uncomfortable to nervous felines.


Humans were OK with the ride, but Jezabelle continued to look miserable... so miserable in fact that we changed our plans for her.

Instead of the all-day-journey to Cayo Santiago, we quickly re-evaluated our route and shortened it up to include a stop at Puerto Patillas. 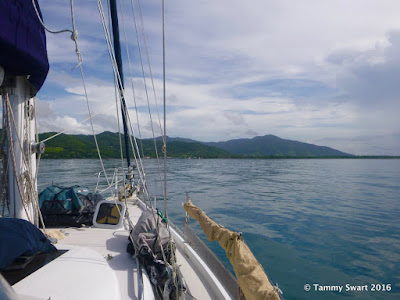 Instead of motoring all day (or maybe getting in a bit of sailing as we turned northeast further along the coast) we settled for a short hop of just over two hours.  By 10 am we were motoring into shallow waters looking for a place to drop anchor. 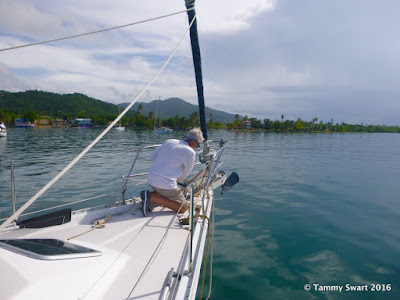 With a tide range of barely one foot, we felt confident dropping anchor in depths between 7 and 8 feet.  There shouldn't be much fetch this close to shore and the protective reef.

We dropped anchor and looked around us.  Well, this wasn't how we though our day would go, but maybe this time we will go ashore and check out this sleepy little town! 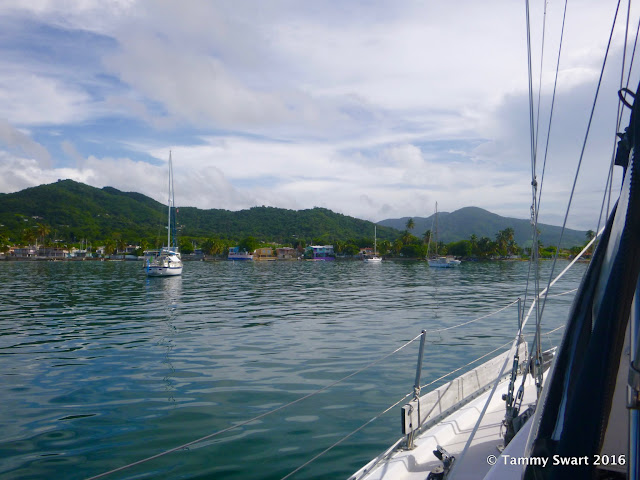 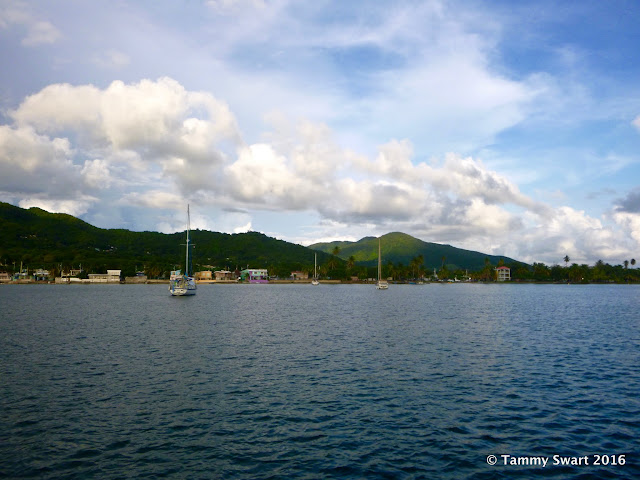 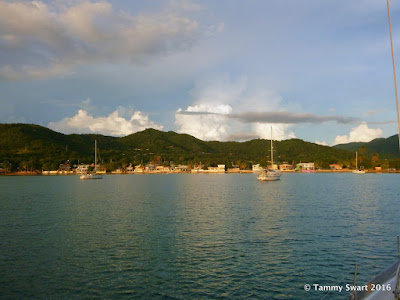 The wind picked up but we swung comfortably on the hook.  The breeze was cool as we opened up the boat and did some light housekeeping.

After a short nap we went to work troubleshooting the signs of low voltage... remember that warning light on our fridge at the last stop?

Well, some of the 12v outlets we have display voltage... and they aren't displaying 12 volts.

Bruce went to work checking power to the many devices we have hooked up to our battery system... he also took a look at the manual for the Seafrost and found some hints at where to look for the problem. 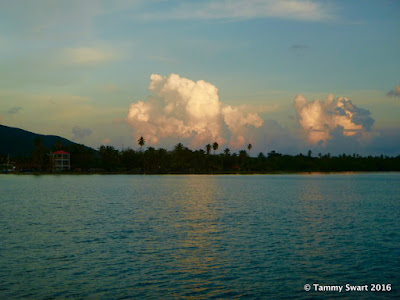 I was pulled into this because I have more nimble fingers than Bruce and as sweat dripped from my face, I helped him search for corrosion that could possibly cause our problems...  until I let the wire touch something that caused the fuse to blow... And we realized we don't have another spare 20 amp fuse in our giant bag of fuses...  How does this happen??? 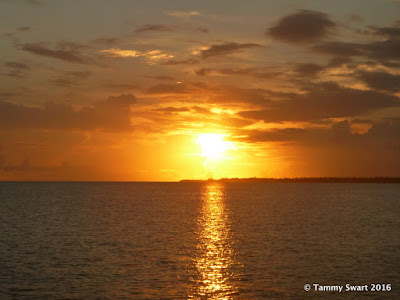 At that point it was almost cocktail hour so we decided to quit and resume working on this tomorrow... Maybe we can go ashore and find a fuse... or maybe we can find another cruiser who is more knowledgeable in 12 volt systems to help troubleshoot our problem. 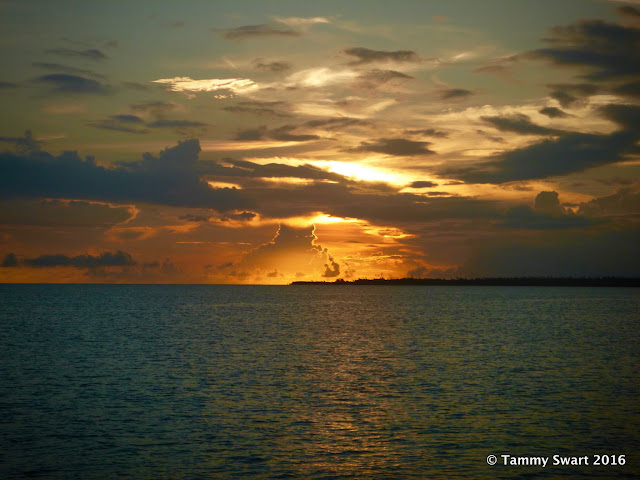 And because I have adjusted in a healthy manner to changing plans... and because we love our feline baby... we will just stay over another day or two here in Puerto Patillas.