Our absence from the many important moments in the lives of our family and friends is one of the major downsides to Cruising.  Trying to be in a given place at a given time is difficult, if not impossible.  Planning anything with any certainty... well, just forget it!  But with a little fly-by-the-seat-of-your-pants ingenuity... sometimes a plan comes together!

The first plan for attending our daughter's boyfriend's "Winging" fell through, but it wasn't us... his flight schedule got changed and the ceremony postponed...  No way can we wait in the designated (planned) pick-up spot for another MONTH!  We've gotta get SOUTH!  The Bahamas await!  We were going to miss it, an unfortunate casualty of the cruising life...

So when he called us late one night less than two weeks prior to the new date and said in that special tone... You know the one... "It's totally OK if you can't make it but I would REALLY love for you to come"  (Read:  If you don't move heaven and earth to be here for this, you'll be REALLY SORRY!) What could we do???

In the morning, I got online and arranged for a place to leave the boat (a few towns south), rental car and a hotel room in Pensacola.  Oh... and all of this would be kept secret from my daughter so we could surprise her at the last minute when we suddenly show up after all.

There is really no reason for us to be rushing to the Bahamas other than our desire to be out of the cold weather, so taking a little side trip to be in attendance for an important family event was no burden, in fact.,, it was suddenly growing in importance.  Our daughter was in for an even bigger surprise when she pinned on those wings.  Whispers of "Will you marry me" are in the air and I think it's gonna happen! 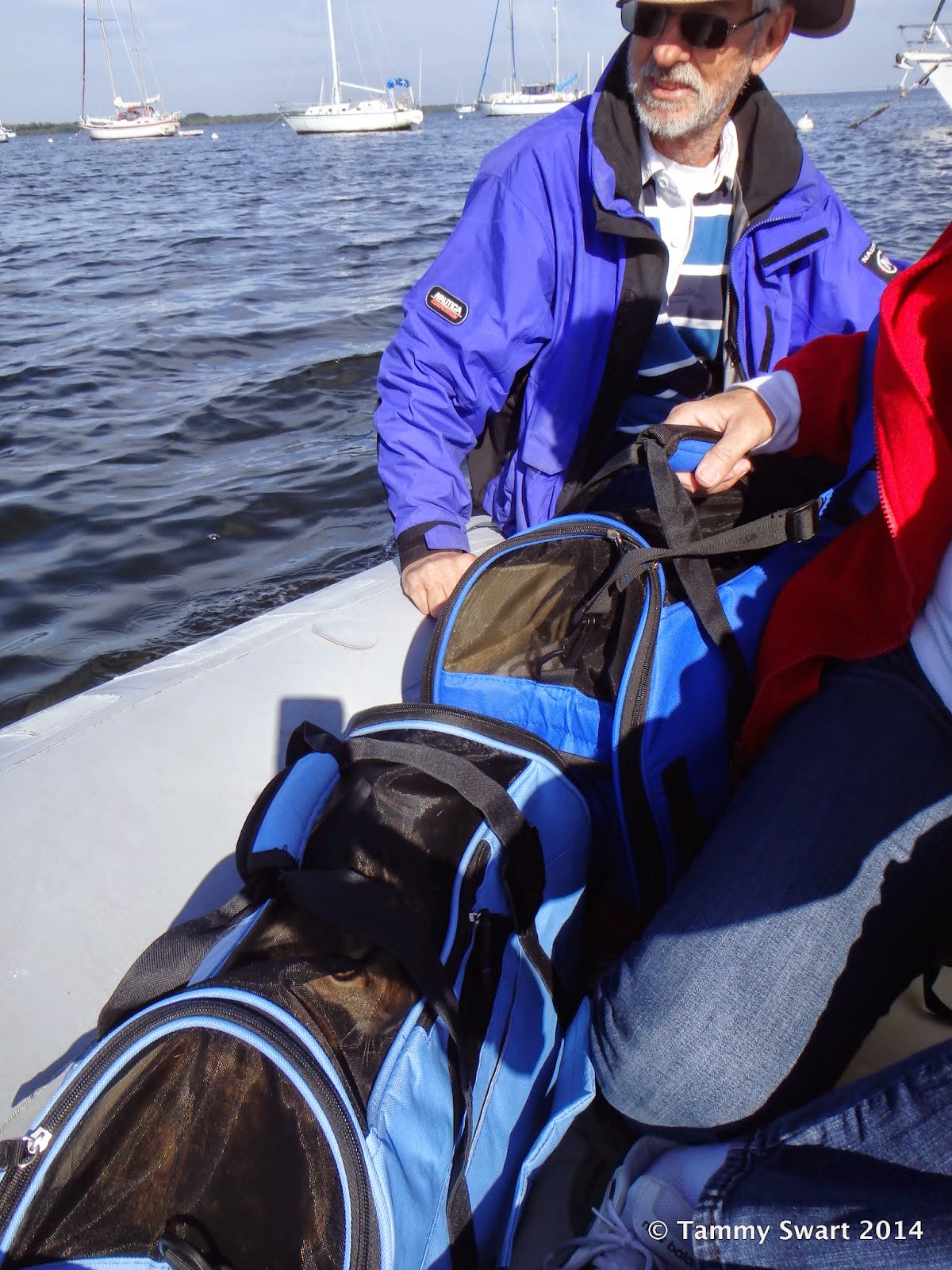 Our plan seemed destined for success as we made it to Titusville in plenty of time... we closed up the boat and left it on a mooring, stuffed our cats into carriers and took them for their first dinghy ride to shore... then we drove seven hours to the other side of the state.  It was a whirlwind day but we finally settled into a cheap (but clean) hotel near Downtown Pensacola.  We felt very much at home in Pensacola as we had spent over a week here back in the frigid winter of our first months cruising.  Tomorrow was gonna be FUN... I could hardly sleep! The surprise was a success.  We spotted our daughter as we waited outside of the auditorium on NAS Whiting Field... She spotted us and a big smile lit her face, followed by hugs and maybe a few little tears.  From there, the day seemed to pass in fast forward.  One minute we were waiting to be called to the stage for the Winging... the next, we were all milling around waiting for our turn back on stage for a photo op...


The part in the middle was a blur and I'm glad that I got it on video because it all happened so fast... Suddenly he had his wings... and she had her ring... evidently there was a "YES" in there somewhere... 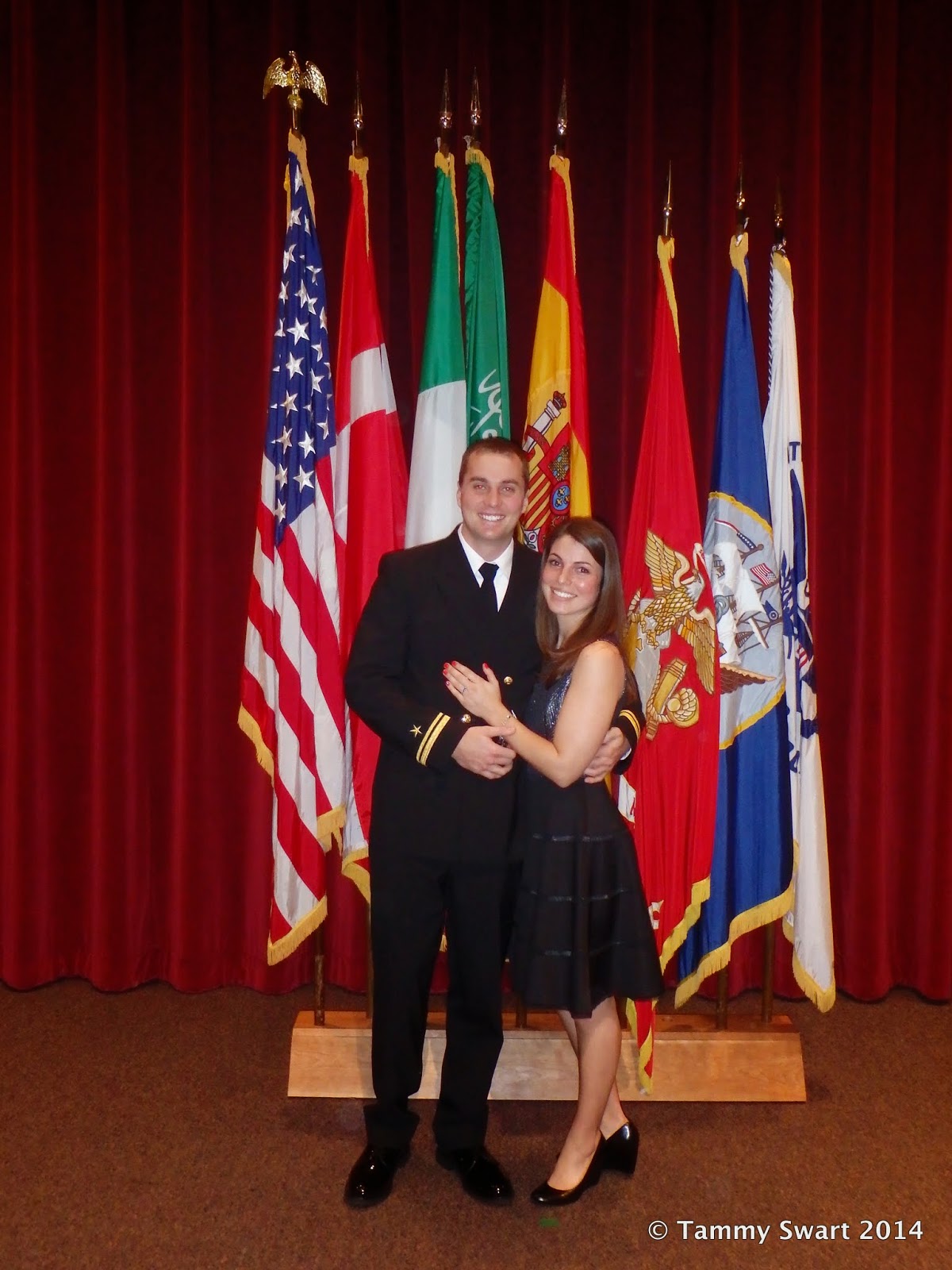 Years of training culminating in the reward for hard work, combined with the promise of a new life full of excitement and happiness were all rolled into one pretty great moment with smiles all around. 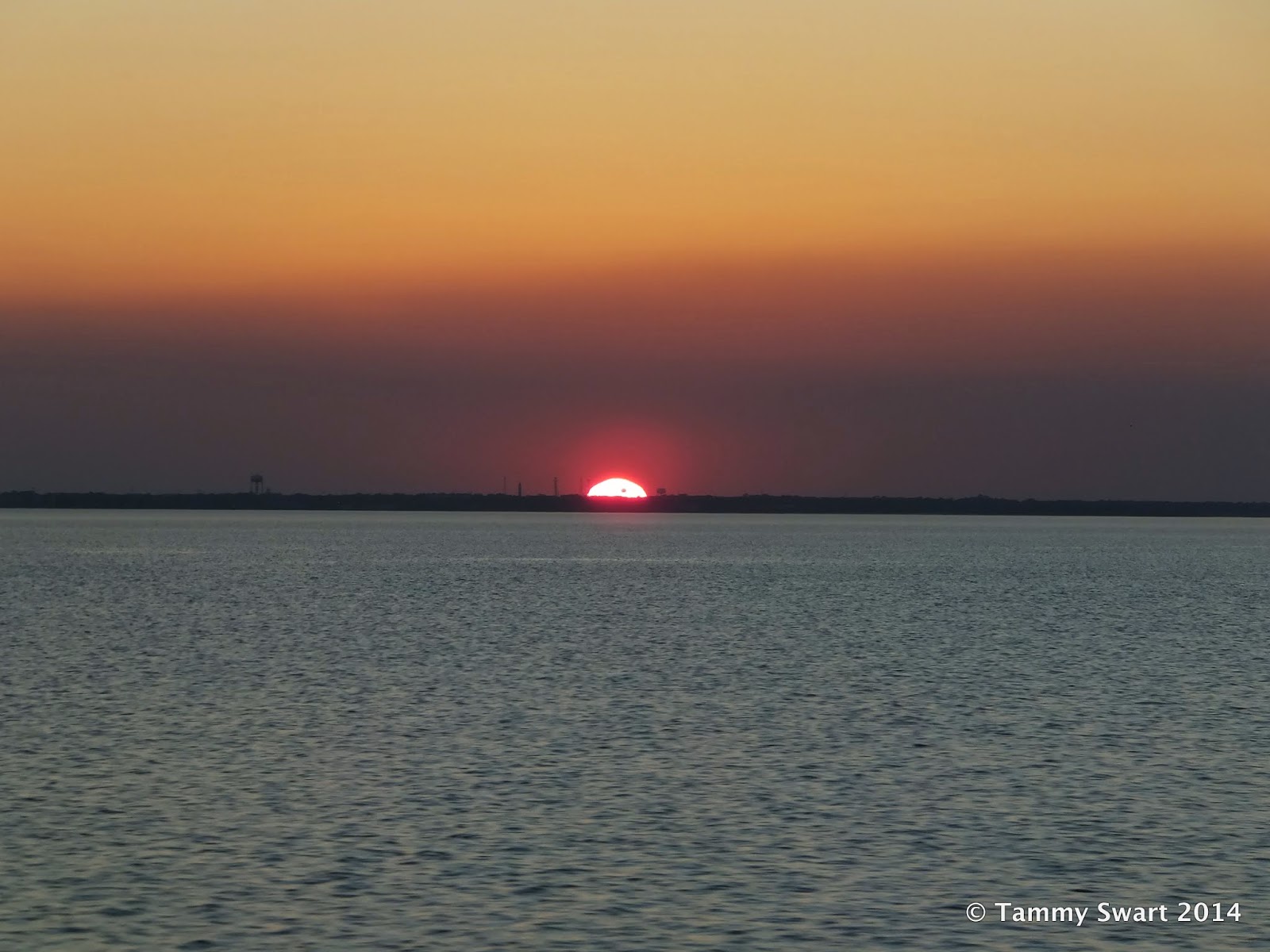 The celebration moved to a luncheon provided by the US Navy and then as the sun set on Pensacola bay... instead of winding down, we were back in party mode! 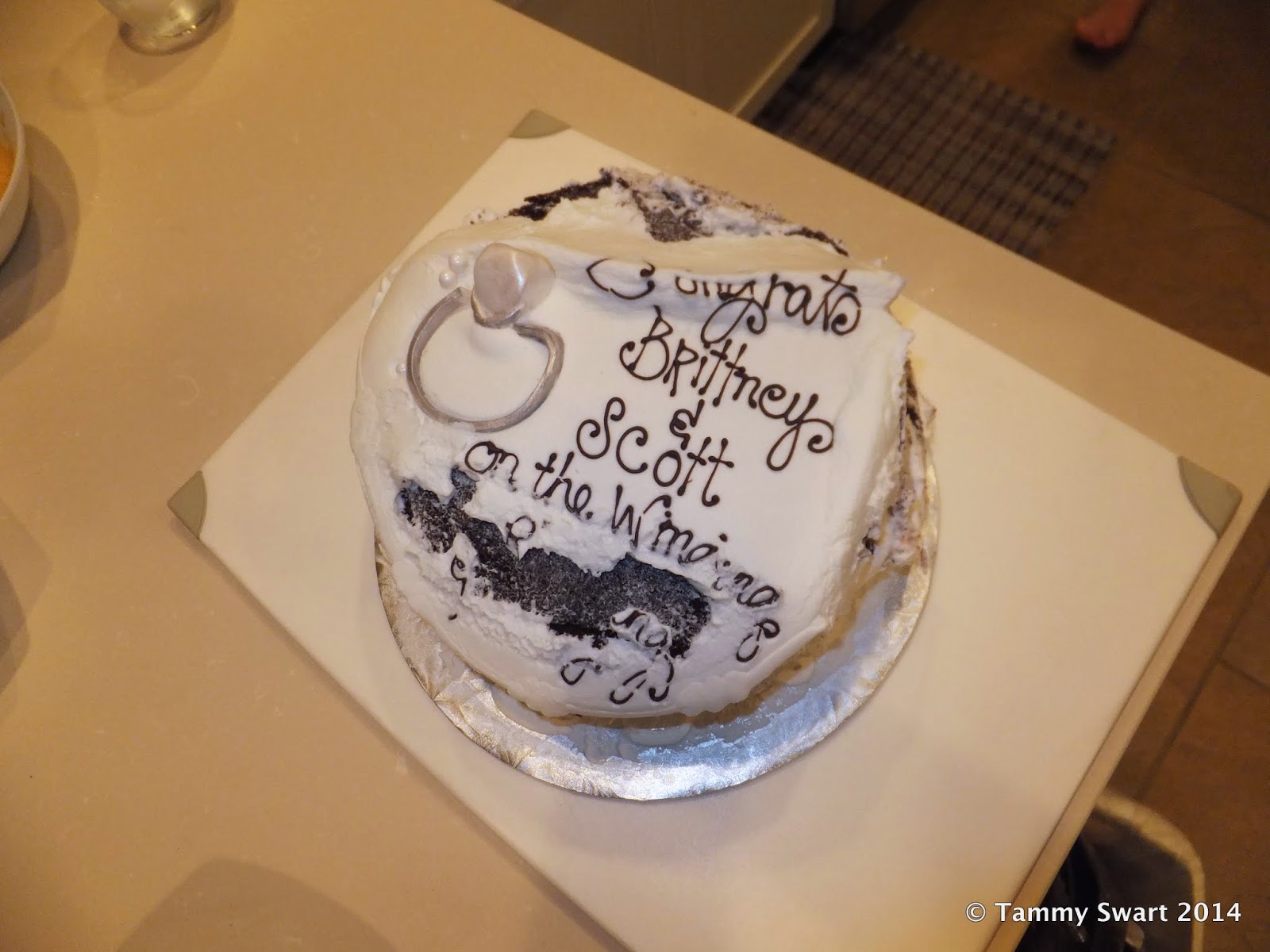 There was cake... which took an unfortunate dive on the way home... 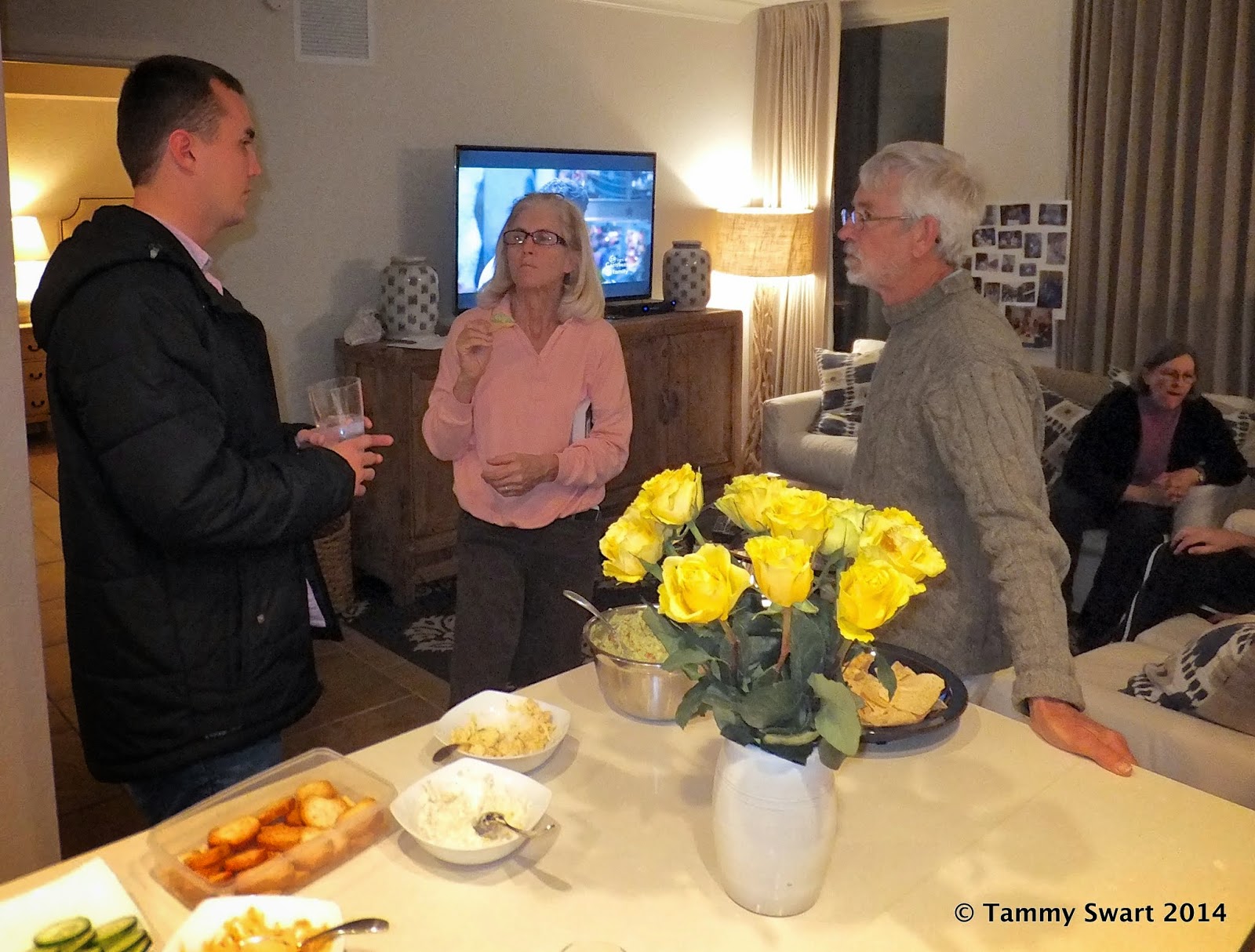 Friends and family filled the house and oh the stories they told... 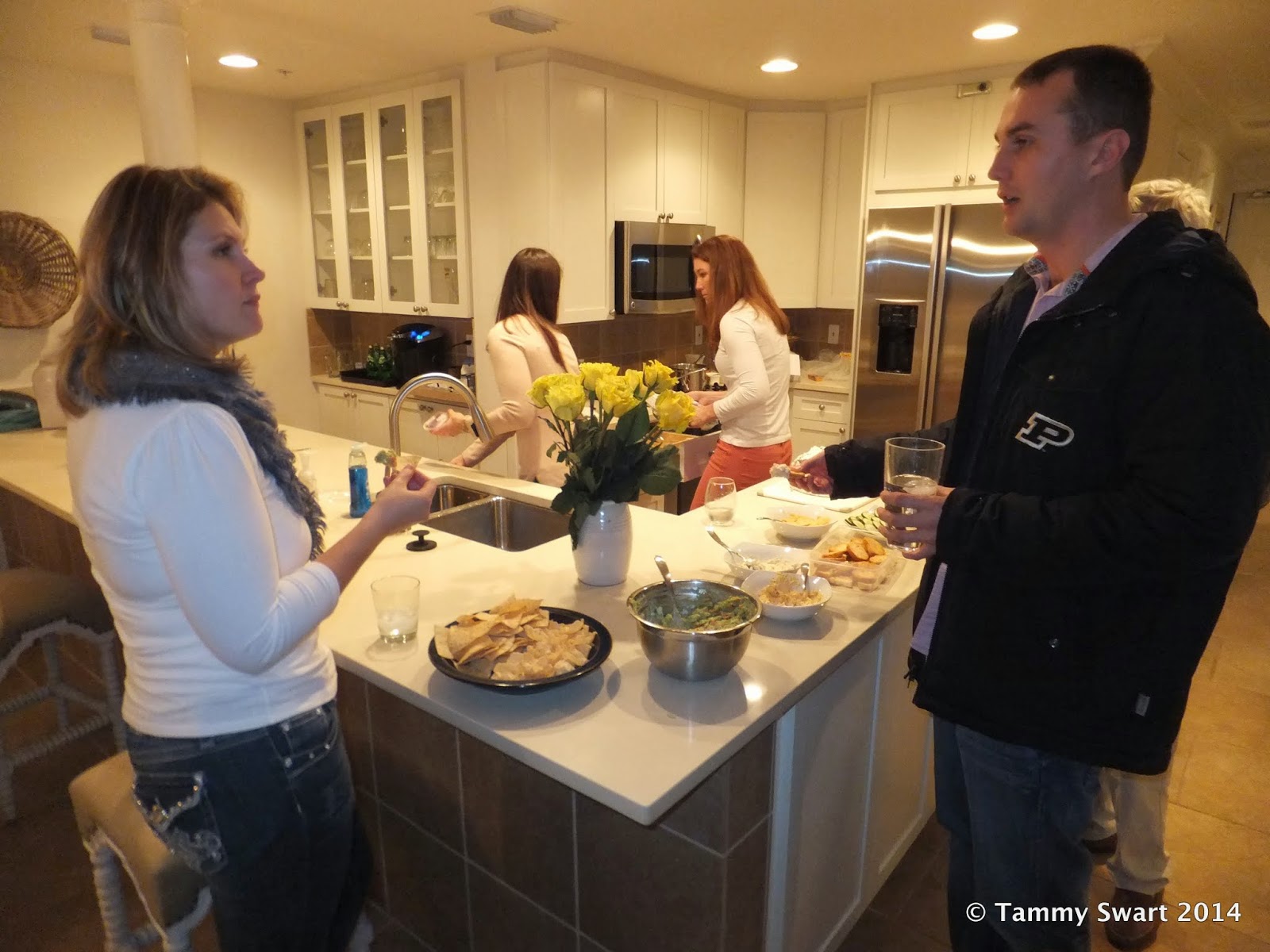 Evidently getting engaged means it's suddenly OK for your family to rat you out with all of your embarrassing secrets... 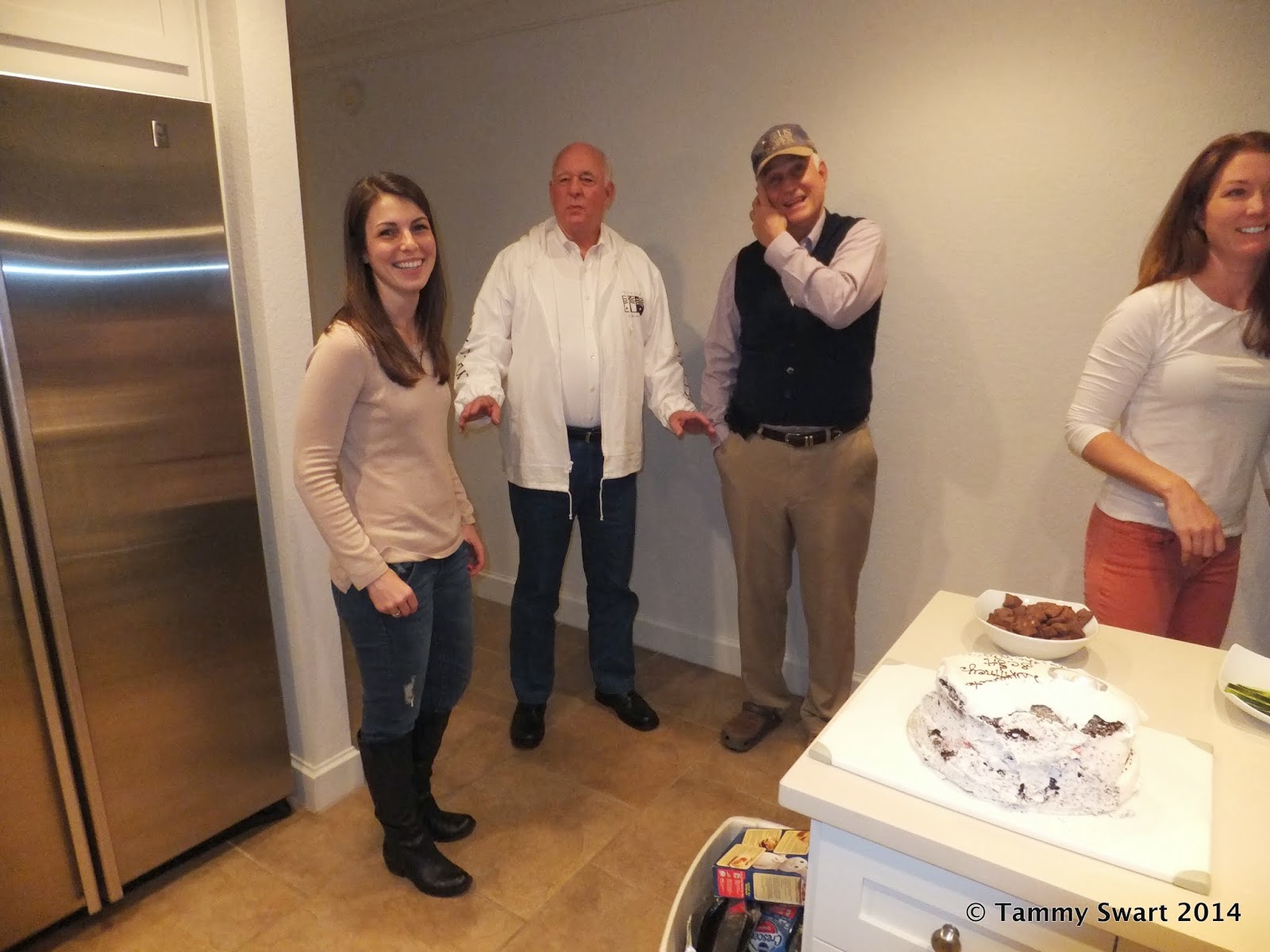 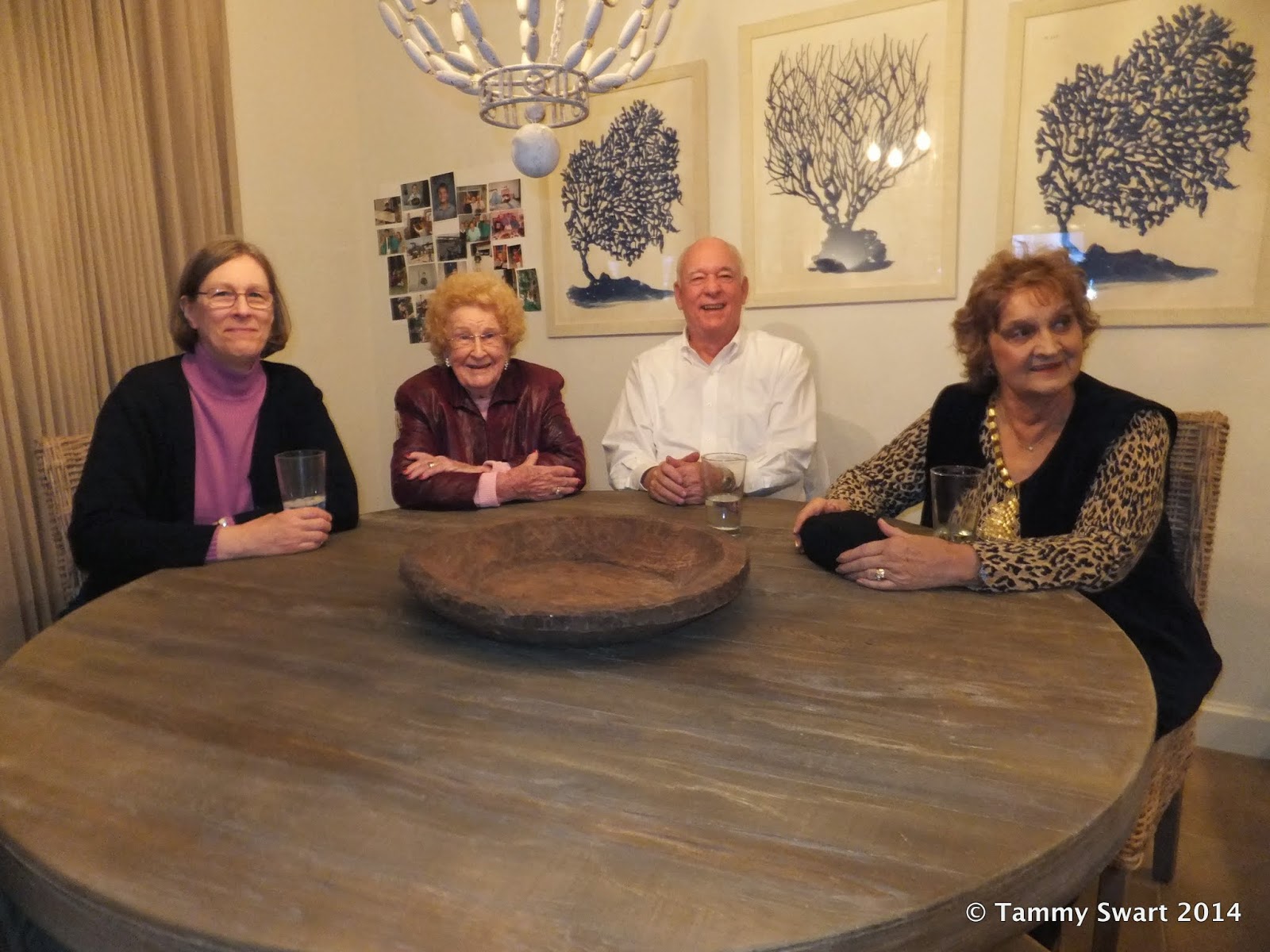 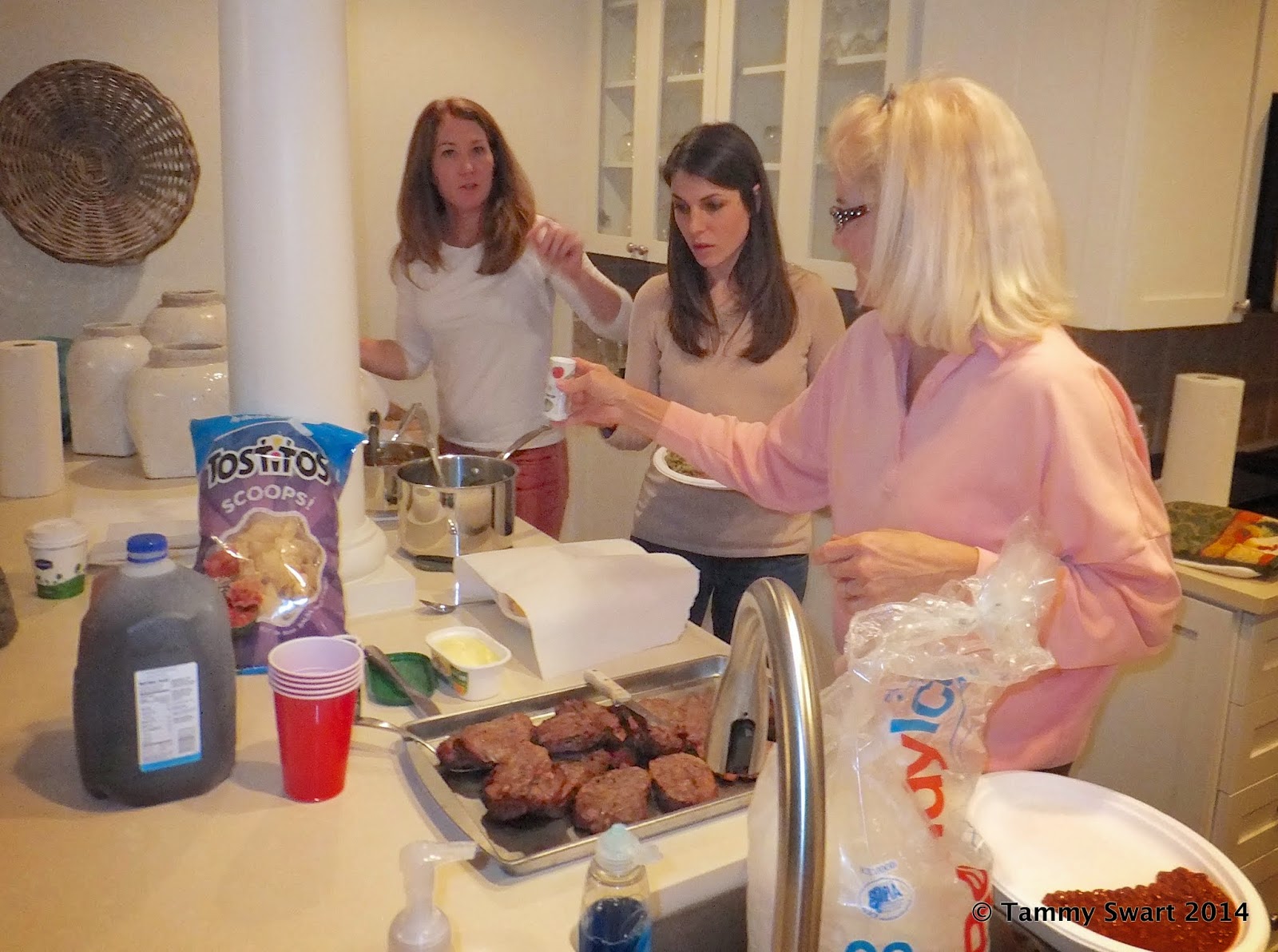 An awesome dinner was served with delicious steaks and all the trimmings. 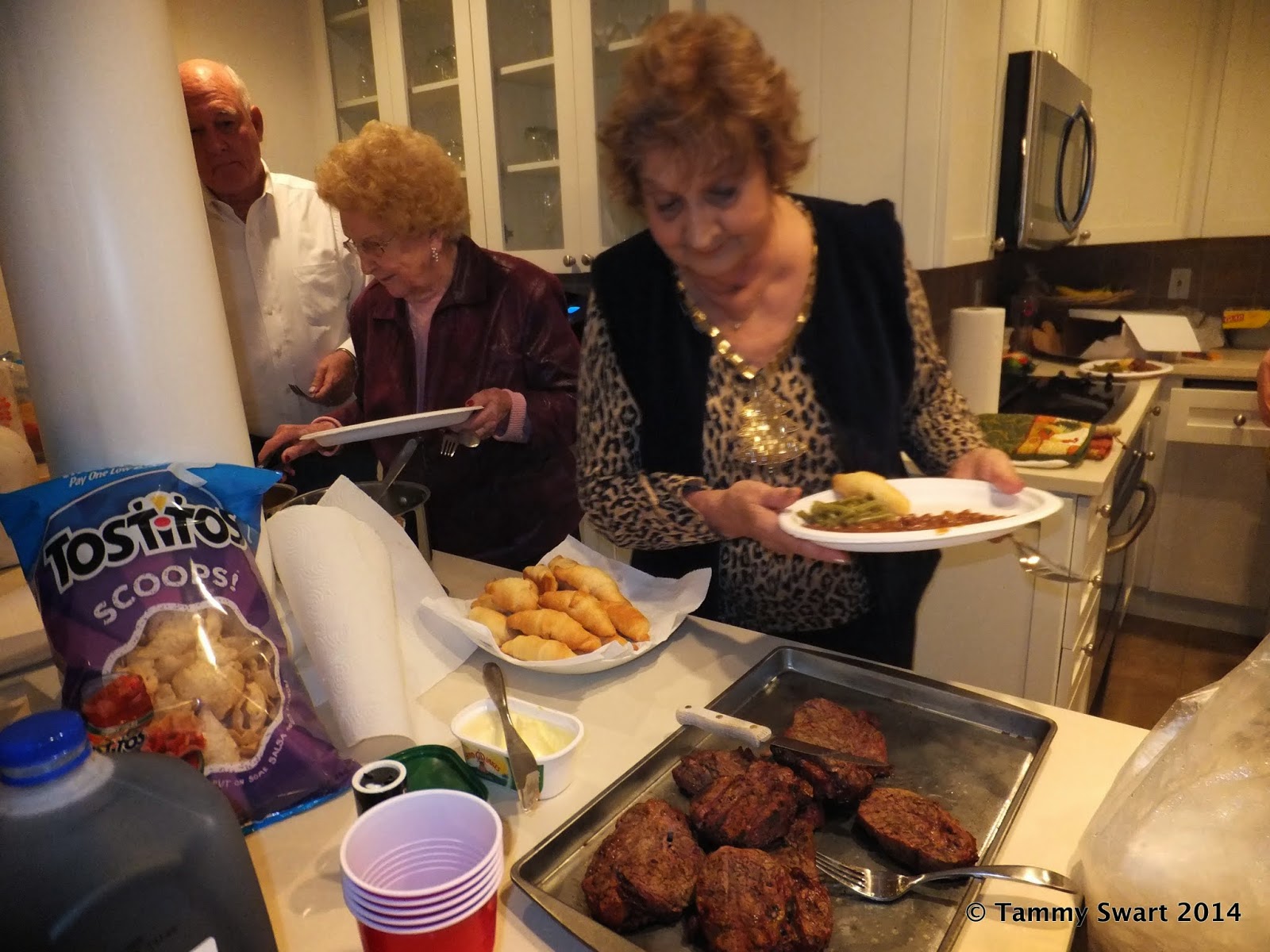 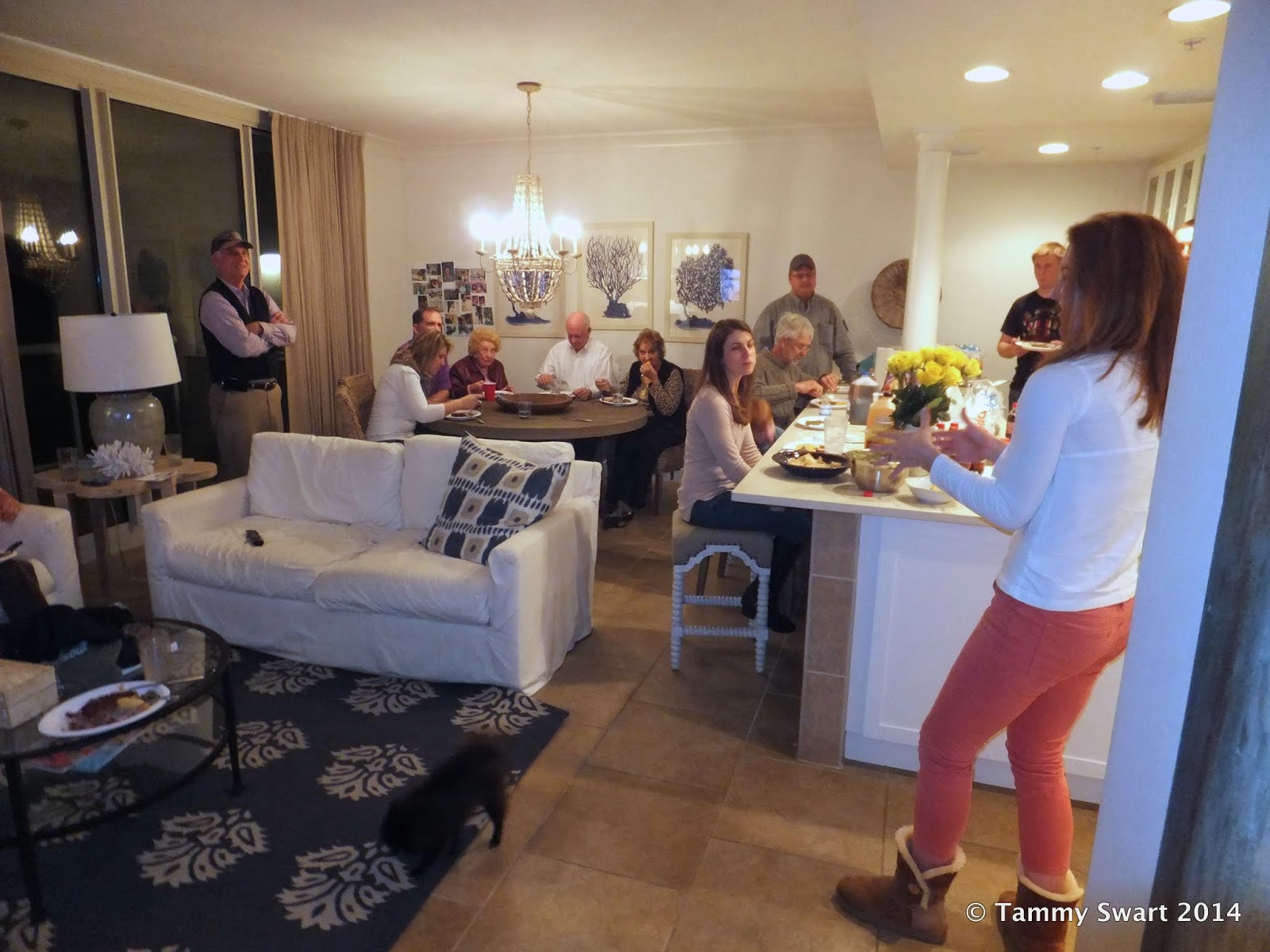 Once everyone was served and settled, the speeches began... My firstborn jumped right in and got started on her Maid-of-Honorly duties by delivering the first speech... followed by words from every. single. person. in the house! 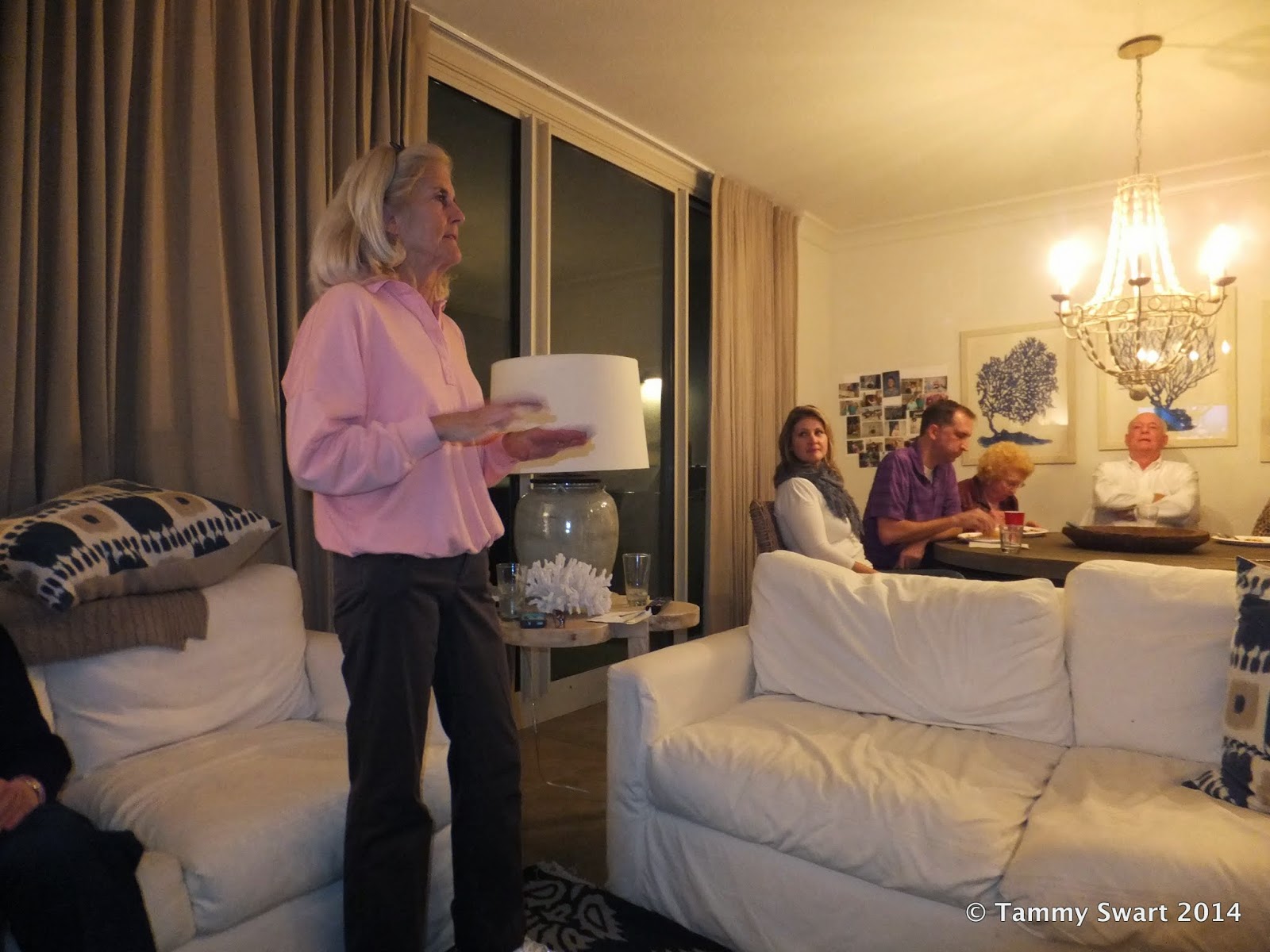 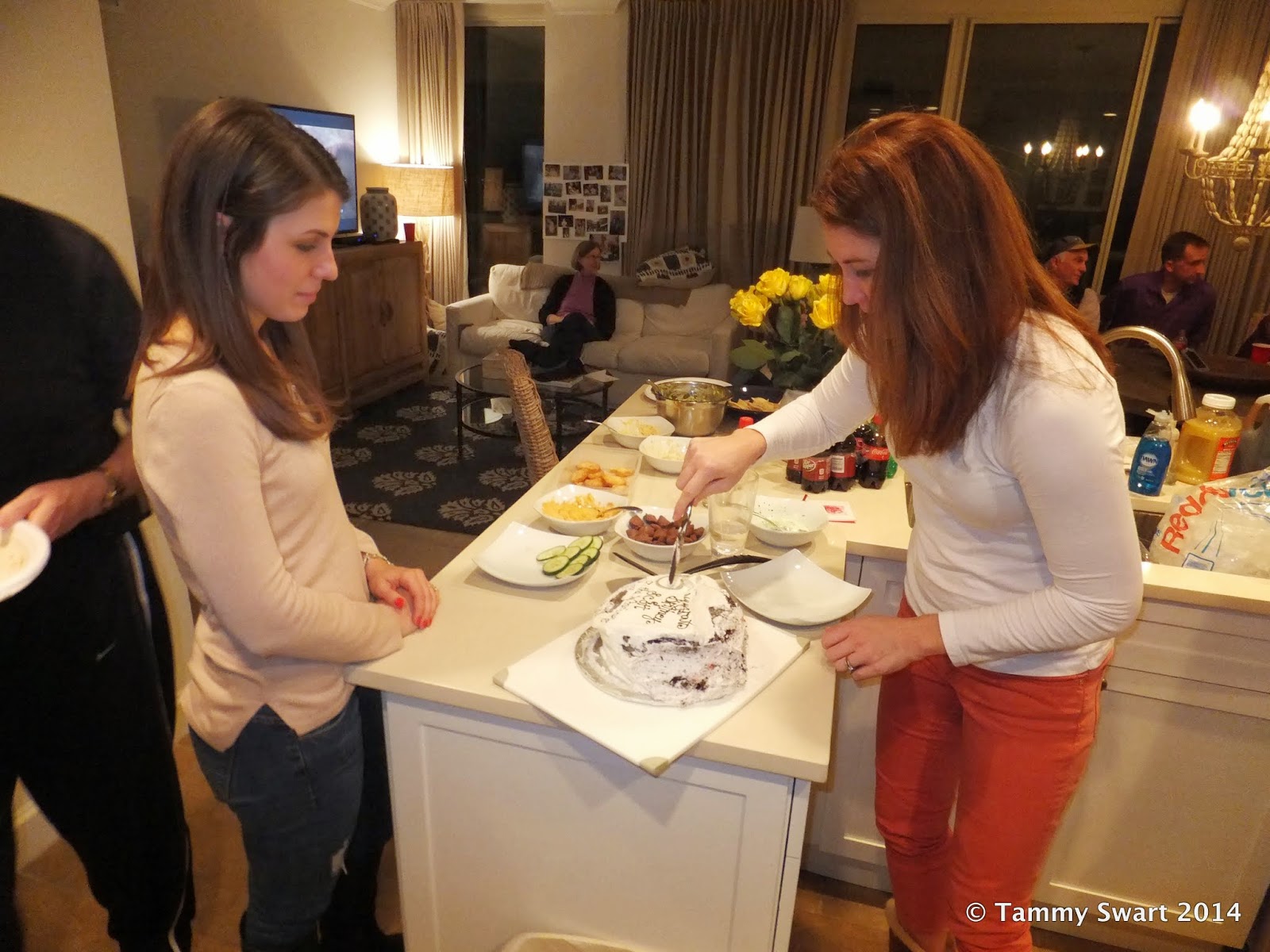 And then we all had CAKE!  Brittney's Sister-In-Law to be serves it up for everyone. 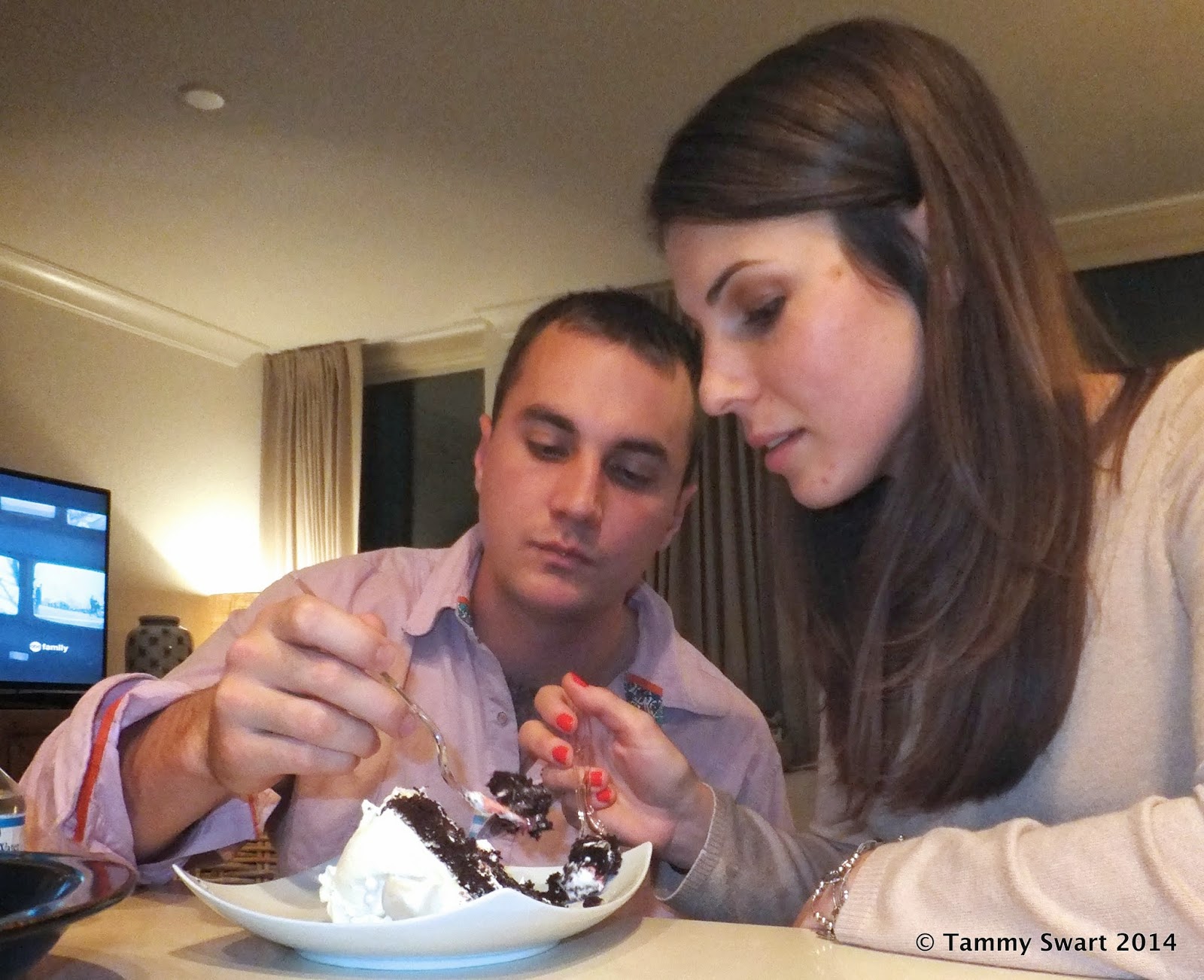 Was it an exceptionally delicious cake... or do all celebratory cakes just taste extra good?

The day could not have gone better.  We shared surprises, laughter and hopes as our two families began to form bonds secured by that circle of white gold on my daughter's finger.

Our hearts were swelling with pride as our baby prepared to leave the nest and fly with her Love towards a bright future... born on Wings of Gold.